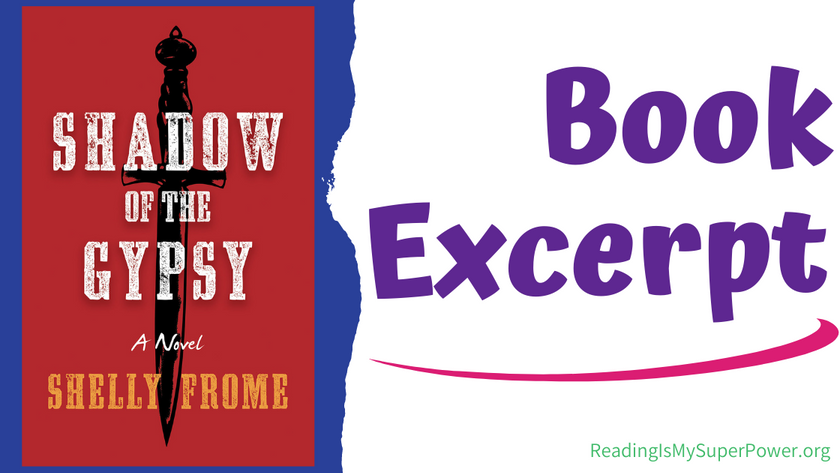 Today I’m pleased to give you a peek inside Shadow of the Gypsy, the newest crime novel by Shelly Frome!

Note: I have not read books by this author yet so I can’t speak with confidence about the content, but I was assured that it is a ‘clean read’. 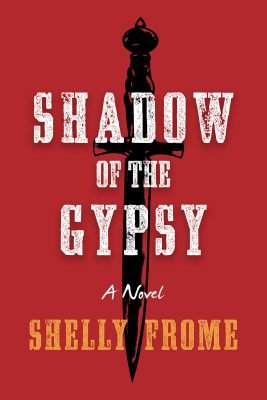 A nemesis out of the past suddenly returns, ​forcing Josh Bartlett to come to terms with his true identity.

Josh Bartlet had figured all the angles, changed his name, holed up as a small town features writer in the Blue Ridge. He’d just give it a few weeks more and then begin anew, return to the Litchfield Hills of Connecticut and Molly (if she’d have him) and, at long last, live a normal life. After all, it was a matter of record that Zharko had been deported well over a year ago. The shadowy form Josh had glimpsed yesterday at the lake was only that—a hazy, shadow under the eaves. It stood to reason his old nemesis was still ensconced in Bucharest or thereabouts. No matter what, he simply wouldn’t travel over eight hundred miles to track Josh down, hook into his life, put him under the gun and ruin everything. Surely not now, not after all this.

“Sharp writing, and a keen pace keep this story rolling.”
– Lee A. Jacobus, author of Crown Island and Hawaiian Tales

“Shadow of the Gypsy is intriguing, complicated, and mysterious. . . ”
– Tina M. Zion, award winning author and international teach of intuition

“By turns charming and chilling, Shadow of the Gypsy is that rarest of gems, a crime novel that curdles the blood, even as it tugs on the heartstrings. . . “
– Jaden Terrell, author of A Taste of Blood and Ashes, River of Glass, A Cup Full of Midnight, and Racing the Devil

“Once you start, you won’t want to stop reading . ..”
– Jana Zinser, author of The Children’s Train: Escape on the Kindertransport and Fly Like a Bird

Quickly, he was outside in the snow again, searching frantically for the Christmas present. Trudging through the stands of evergreens in his slippers, shivering so hard he couldn’t stand it, frozen crusted pine combs under foot till he spotted the van in a clearing. There were shouts and threats. There was a bloodcurdling scream. He thrust himself forward to see, though for the life of him he didn’t want to see, didn’t want to ever know. A dagger flashed in the moonlight. Zharko’s hand raised up and plummeted down over and over, finally cutting off the screaming for good.

Spinning around, Josh scurried over the pine combs and raced off, shaking with fear and cold, searching for the Christmas present. Longing to join the kids beyond the woods, snug inside, embraced by their mothers and the warmth of the hearth, glistening presents dangling under the tree laced with tinsel and garlands of spangled light.

He thrashed around seeking this first-ever Christmas present that would make everything nice but found only his pillow and woke with a start. He sat up. There was no going back to sleep opting for dreamy images of walking to school with Molly as the weather turned to spring, buttercups lining the path. No way to erase anything. He was left with the same chill again from this morning turning into an ache that had no name.

An ache it was useless to gloss over. 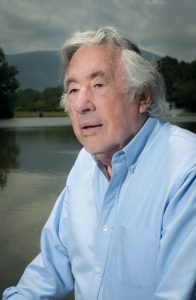 Shelly Frome is a member of Mystery Writers of America, a professor of dramatic arts emeritus at UConn, a former professional actor, and a writer of crime novels and books on theater and film. He also is a features writer for Gannett Publications. His fiction includes Sun Dance for Andy Horn, Lilac Moon, Twilight of the Drifter, Tinseltown Riff, Murder Run, Moon Games, The Secluded Village Murders, and Miranda and the D-Day Caper. Among his works of non-fiction are The Actors Studio: A History and a guide to playwriting and one on screenwriting, Shadow of the Gypsy is his latest foray into the world of crime and the amateur sleuth. He lives in Black Mountain, North Carolina. 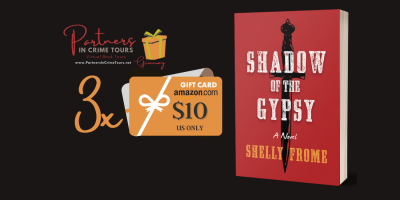 This is a giveaway hosted by Partners in Crime Tours for Shadow of the Gypsy by Shelly Frome. See the widget for entry terms and conditions. Void where prohibited.

This giveaway is hosted by Partners In Crime Tours, not RimSP
Follow along with the tour by clicking HERE.

What about you? What makes you want to read Shadow of the Gypsy by Shelly Frome?

One response to “Book Spotlight (and a Giveaway!): Shadow of the Gypsy by Shelly Frome”