Happy Friday & welcome to the First Line Friday link-up! It’s time to grab the book nearest to you and leave a comment with the first line. Today, I’m featuring the first line of To Love a Viking by Heather Day Gilbert & Jen Cudmore. Isn’t that cover stunning?!? 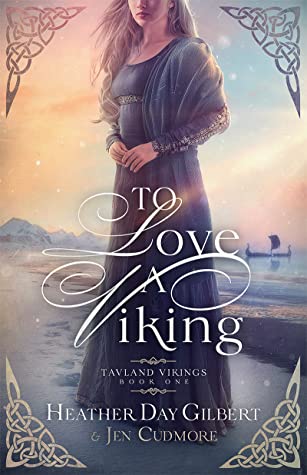 and the first line of the prologue is…


The Vikings had returned.

Get swept up in an enthralling new romance series featuring women who rule the hearts of Viking men.

ELLISIF
Forced into a financially advantageous marriage that spirals into a nightmare, Ellisif cannot help but imagine what might have been and ache for what was lost. The only lights in her life are her daughters and the friendships she’s forged with the household servants.

Though seven years have passed since Ellisif wed another man, Dagar still cannot forget the woman who captured his youthful heart. As the Viking warrior battles for his country’s future, he finds himself entangled in a personal war for Ellisif’s freedom that could cost his family their reputation and standing with the king. If he risks all, can he save the woman whose face still haunts his dreams? And if given another chance, will she choose him?

INARA
Escaped slave Inara is determined to start a new life. Under the guidance of warrior and shipbuilder Håkon, her sword skill grows, as does her confidence that the Viking men will accept her as a warrior in her own right.

When she is selected to lead a perilous rescue mission to protect Ellisif, Inara finds herself blindsided by feelings for Håkon…and by threats to her freedom far closer than she feared. As dreams and desires collide, she wrestles against the lies holding her captive. Can she conquer her doubts before all that she’s hoped for slips from her hands?