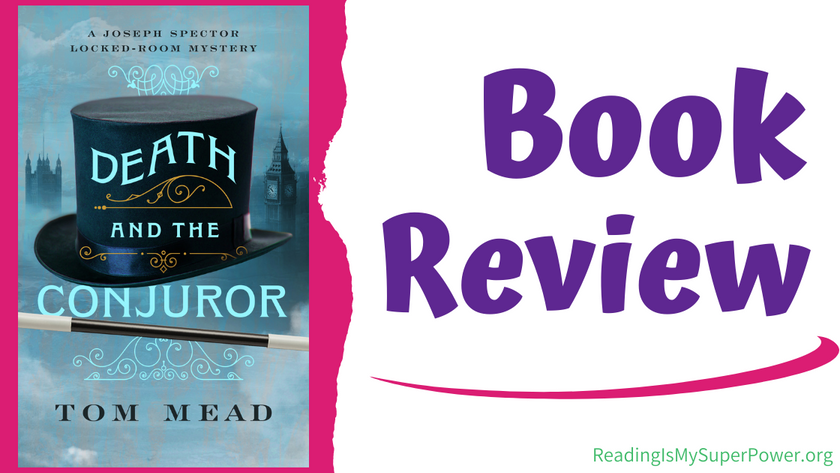 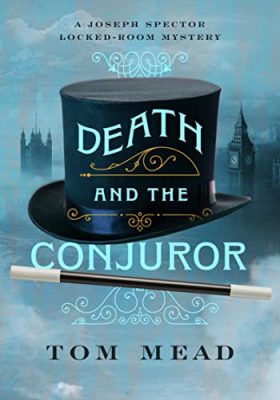 In 1930s London, celebrity psychiatrist Anselm Rees is discovered dead in his locked study, and there seems to be no way that a killer could have escaped unseen. There are no clues, no witnesses, and no evidence of the murder weapon. Stumped by the confounding scene, the Scotland Yard detective on the case calls on retired stage magician-turned-part-time sleuth Joseph Spector. For who better to make sense of the impossible than one who traffics in illusions?

Spector has a knack for explaining the inexplicable, but even he finds that there is more to this mystery than meets the eye. As he and the Inspector interview the colorful cast of suspects among the psychiatrist’s patients and household, they uncover no shortage of dark secrets—or motives for murder. When the investigation dovetails into that of an apparently-impossible theft, the detectives consider the possibility that the two transgressions are related. And when a second murder occurs, this time in an impenetrable elevator, they realize that the crime wave will become even more deadly unless they can catch the culprit soon.

A tribute to the classic golden-age whodunnit, when crime fiction was a battle of wits between writer and reader, Death and the Conjuror joins its macabre atmosphere, period detail, and vividly-drawn characters with a meticulously-constructed fair play puzzle. Its baffling plot will enthrall readers of mystery icons such as Agatha Christie and John Dickson Carr, modern masters like Anthony Horowitz and Elly Griffiths, or anyone who appreciates a good mystery.

Praise for Death and the Conjuror:

“This debut, a tribute to John Dickson Carr and other Golden Age masters of the locked-room mystery, will appeal to nostalgia buffs and fans of the classics”

“Mead’s debut novel is a valentine to the locked-room puzzles of John Dickson Carr, to whom it is dedicated […] Mead faithfully replicates all the loving artifice and teasing engagement of golden-age puzzlers in this superior pastiche.”

I love a good locked room mystery, and Death and the Conjuror by Tom Mead is that in spades! An impossible murder. A handful of people who couldn’t possibly be the murderer … except that at least one of them has to be. An art theft and a second murder – all impossible. Impossible suspects. Impossible crimes. Impossible to solve…

Enter an “old magician”, Joseph Spector, who is called upon by a Scotland Yard detective to deduce how the murder could have happened & who did it. Spector is just as illusive as his name and occupation imply, and readers will find him equal parts fascinating and curious. While he makes several observations and asks more than a few questions, you’ll have to be sharp to catch enough clues to solve the ‘murder puzzle’ before he does. I loved the intentional nods to Christie’s Murder of Roger Ackroyd and Carr’s The Hollow Man, as well as the ‘breaking of the fourth wall’ where the reader is directly addressed. It felt like I was reading a contemporary of the above-mentioned authors, instead of a newly written novel, perfect to cozy up with on a dark and stormy night.

Bottom Line: Fans of Agatha Christie and John Dickson Carr will be positively delighted to dive into Tom Mead’s debut novel! Death and the Conjuror is a classic Golden Age locked room whodunnit with a cocktail of eccentric characters and delicious twists and turns. The fact that the author opens the story behind the scenes of a production called Miss Death and then structures the pace of the novel to parallel the acts of a play is just another example of the attention to detail that makes this book so unique. The clues are all there for you to find, dear reader, but can you find them? And if you do indeed find them, can you connect the dots before the Conjuror does? I myself was not successful but I had a blast trying – and I think you will too!

(I voluntarily reviewed a complimentary copy of this book which I received via Partners in Crime Tours. All views expressed are only my honest opinion.) 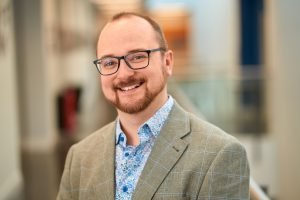 Tom Mead is a UK crime fiction author specialising in locked-room mysteries. He is a member of the Crime Writers’ Association, International Thriller Writers, and the Society of Authors. He is a prolific author of short fiction, and recently his story “Heatwave” was included in THE BEST MYSTERY STORIES OF THE YEAR 2021, edited by Lee Child. DEATH AND THE CONJUROR is his first novel. 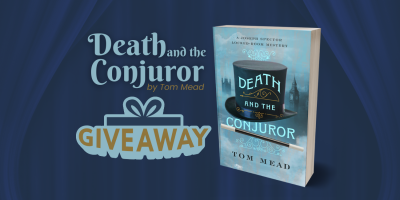 This is a giveaway hosted by Partners in Crime Virtual Book Tours for Tom Mead. See the widget for entry terms and conditions. Void where prohibited.

This giveaway is hosted by Partners In Crime Tours, not RimSP
Follow along with the tour by clicking HERE.

What about you? What makes you want to read Death and the Conjuror by Tom Mead?

6 responses to “Book Review (and a Giveaway!): Death and the Conjuror by Tom Mead”