Welcome to the Blog Tour for Hope Beyond the Waves by Heidi Chiavaroli, hosted by JustRead Publicity Tours! I’m delighted to have Heidi on the blog today to share the story behind the story! 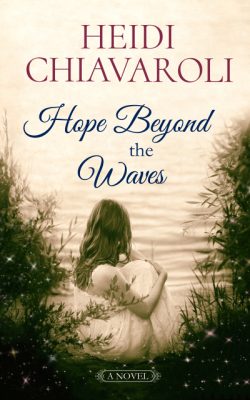 From award-winning author Heidi Chiavaroli comes a sweeping dual timeline story that explores hope and enduring love in the midst of the impossible.

After making a grievous mistake that will change her life forever, Emily Robertson is sent away to live with her grandmother on Cape Cod. When Emily finds a timeworn photograph buried in a drawer, she realizes her grandmother has concealed a secret even bigger than her own. Will convincing Gram to reveal their family history help Emily make the most important decision of her life or will it prove her parents right—that family scandal is better off buried and forgotten?

Atta Schaeffer plans to marry the man of her dreams and whisk her little sister away from their abusive father. But when she is diagnosed with a dreaded malady, Atta is forced into a life of exile, leaving her sister in harm’s way.

On Penikese Island, Atta’s best hope lies with Harry Mayhew, a doctor who seeks a cure for his patients at any cost. But when experiments fail, Atta runs from Harry—and from God. Can she return to her sister before it’s too late? Or will her illness consume both her body and soul?

A testament to faith and love, Hope Beyond the Waves is the raw account of the journey of two generations of women running from desperate situations toward irresistible hope. 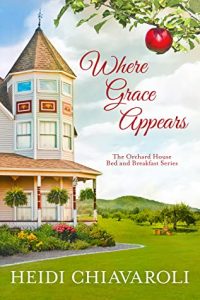 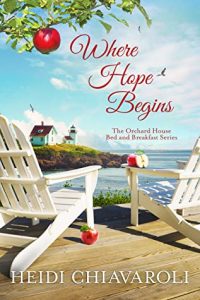 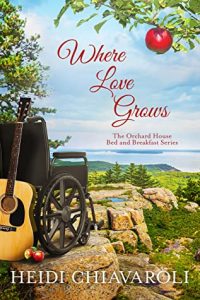 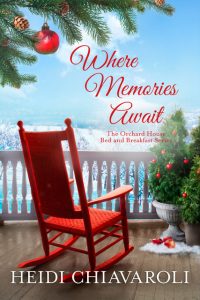 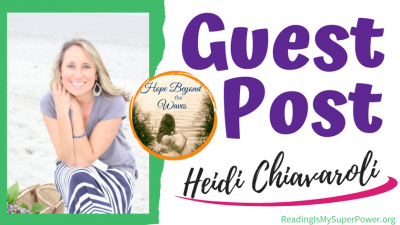 by Heidi Chiavaroli, author of Hope Beyond the Waves

I began writing Hope Beyond the Waves eleven years ago as a historical novel. Though I received great feedback on the story, and it even won the 2014 ACFW Genesis Contest in the Historical Category, it was my dual timeline books that received those first contracts. 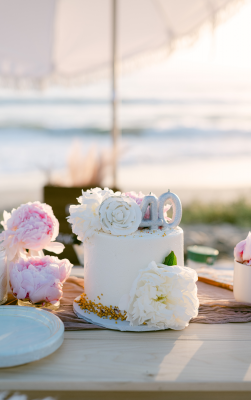 When I turned forty last year, I asked myself what book I would release if I could put out only one more novel in my lifetime. (I’m a bit of a deep thinker, and this line of questioning is normal for me! And . . . Lord willing, there will be many more novels, not just one!)

As I conducted my soul-searching, the answer to this question came to me quite clearly. It was Hope Beyond the Waves, a novel I began more than a decade ago—a story that has never left my heart.

As I pondered how to rework the book, one goal stood above all others: I wanted my readers to walk away with undeniable hope. The struggles we’ve all endured the last two years made this an especially important mission for me. I asked myself how I might accomplish this goal. Without hesitation, I knew the answer—a dual timeline story.

While I loved my historical story, I sensed it would be served well by weaving it within the framework of a modern-day story. I wanted them to complement one another, to draw out the best in each other, to bring home the themes of the book that were on my heart.

In some ways, this story almost wrote itself. In others, it was a struggle. The setting of the novel, Penikese Island, the smallest of the Elizabeth Islands off the coast of Massachusetts, was home to a leper colony—yes, I said leper!—in the early 20th century. But it also has an interesting modern-day history as a school for troubled boys. It struck me that even a hundred years apart, the residents on the island shared the social stigma of being outcasts. 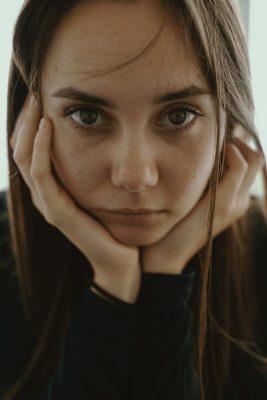 I thought it would be interesting to explore the story of two outcasts—one a pregnant teenage girl in 1993, and one a young woman diagnosed with a terrible disease in 1916. I set out to explore themes of loving the unlovable, and forgiving the unforgiveable.

Though I didn’t go “off-script” in following the dual timeline formula, writing this book differed compared to the writing of my other split time novels. With my previous books, I would plan the story around both timelines—this go-around, I already had a completed historical and I needed to wrap and weave the present-day story around it. I actually enjoyed this approach.

I love dual timeline novels because the heart of what it is to be human—to struggle, to hope, to laugh, to fear, to dream, to love—remains the same throughout the centuries. There’s such power in connecting two timelines and having a contemporary character learn from a historical character. I get goose bumps just thinking about it! 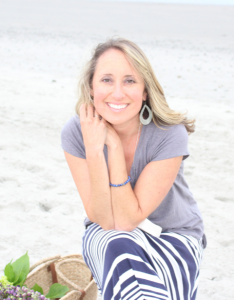 Heidi Chiavaroli is a writer, runner, and grace-clinger who could spend hours exploring places that whisper of historical secrets. Her debut novel, Freedom’s Ring, was a Carol Award winner and a Christy Award finalist, a Romantic Times Top Pick, and a Booklist Top Ten Romance Debut. Heidi makes her home in Massachusetts with her husband and two sons.

Connect with Heidi by visiting heidichiavaroli.com to follow her on social media or subscribe to email newsletter updates. 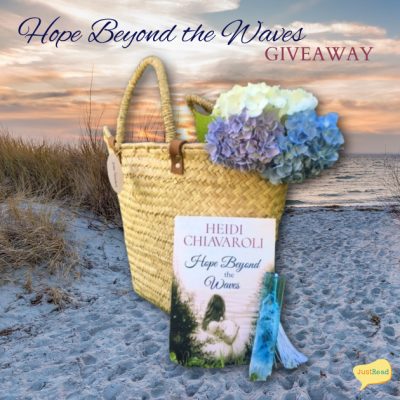 (1) winner will receive a Handmade French Market Seagrass Bag, hardcover copy of Hope Beyond the Waves, and Ocean-Lover Bookmark!

Full tour schedule linked below. The giveaway begins at midnight July 25, 2022 and will last through 11:59 PM EST on August 1, 2022. Winner will be notified within 2 weeks of close of the giveaway and given 48 hours to respond or risk forfeiture of prize. US only. Void where prohibited by law or logistics.

What about you? What makes you want to read Hope Beyond the Waves by Heidi Chiavaroli?

22 responses to “Guest Post (and a Giveaway!): Heidi Chiavaroli & Hope Beyond the Waves”