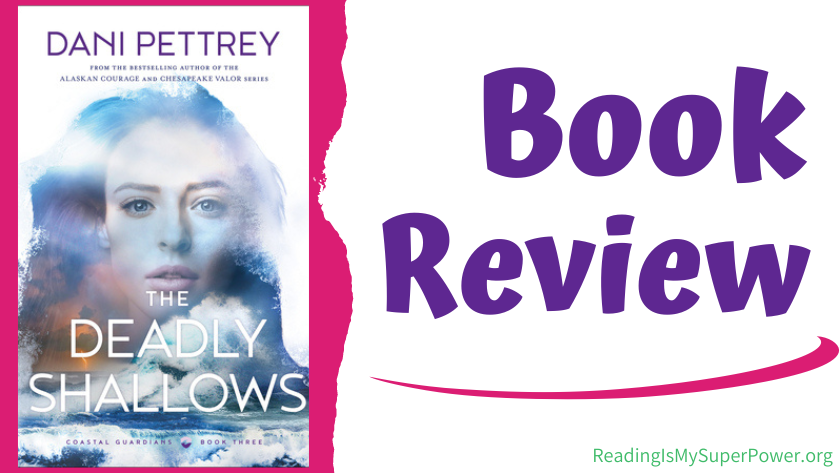 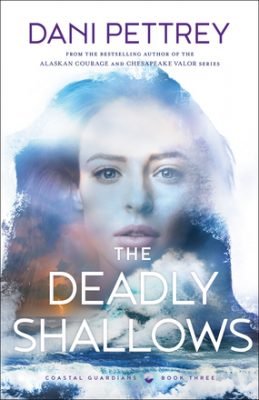 A deadly attack.
A stolen weapon capable of immense destruction.
A painful secret that threatens to tear two hearts apart.

CGIS Agent Noah Rowley is rocked to the core when several of his valued team members come under fire on his Coast Guard base. He and his remaining team race to the scene and end the attack, but not before innocent lives are lost. Furious and grief-stricken, he vows to do whatever is needed to bring the mastermind behind the attack to justice.

Stunned by the ambush, Coast Guard flight medic Brooke Kesler evacuates in a helicopter carrying the only surviving gunman. The gravely wounded man whispers mysterious information to Brooke that immediately paints a target on her back.

As Brooke and Noah race to uncover answers, emotions between them ignite. Noah struggles to protect Brooke at all costs and to conceal the secret that prevents him from becoming what he longs to be–the right man for her.

Everything is at stake as a horrifying truth emerges. . . .

The attack wasn’t the end game. It was only the beginning. 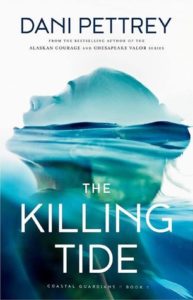 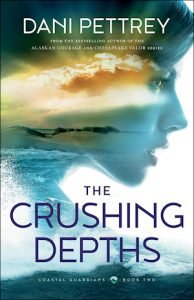 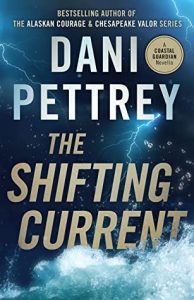 I have four words for you:

One of the things I love most about Dani Pettrey’s Coastal Guardians series is that, while each book does focus on a main couple, each book is also about the whole team. So you can always spend quality time with your favorite character(s) or pairing(s) even if they aren’t the focus of the specific book you’re reading. This helps readers become deeply invested in this team of CGIS agents as well as the CGIS-adjacent private investigators, journalists, and flight medics they love. Ergo, we have been squirming and fidgeting and and re-reading the first two books, trying very hard to be patient as we anticipated the release of The Deadly Shallows. And oh my goodness, this story was SO worth waiting for.

I have long been ‘team Noah-Brooke’. Having already invested in these characters from the previous two books, I loved getting a closer look at the layers that have made up their past and influenced their present. Whew – I’m still fanning over some of those kisses, but their romance is more than just some swoonilicious smoochy-time. As they each wrestle with their feelings for each other, Pettrey gives us a master class in multidimensional characters and seamlessly integrates a faith thread that touches the soul without being preachy or inauthentic.

The author also did a number on my heart rate with the dangerous situations Noah & Brooke kept getting into. A mass shooting on a Coast Guard base, a violent kidnapping, the theft of a weapon of mass destruction, illegal toxic waste dumping… and that’s just the first couple of days. Tensions rise along with the body count, and I stayed on the edge of my seat, frantically turning the pages and often unsure whether Noah and Brooke would both survive to find the happily-ever-after we’ve been waiting for. The suspense doesn’t ease up, even for the kissing scenes, keeping the mood of the story charged & dynamic.

Bottom Line: The Deadly Shallows by Dani Pettrey is everything I hoped it would be and more. Readers will love the don’t-blink, remember-to-breathe, high stakes suspense as our beloved Coastal Guardians race to save the day – and each other. Not only are we treated to a front row seat as Noah & Brooke finally – finally –  admit their deep feelings for each other, but we also get to watch Caleb & Austin stop fighting their feelings too. Austin is one of my fave characters in the series, and her banter-bickering with Caleb is so fun. Add some kisses to the mix, and it’s even more entertaining. The faith thread fits organically with the plot and I appreciated that Noah & Brooke were mature and open with each other about their struggles. (If you’re waiting for Emmy & Logan’s romance, too, don’t despair when you hear this is the last book in the series. A novella is releasing next May that will tie up their story.) 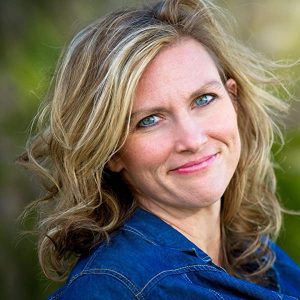 Publishers Weekly and #1 Amazon bestselling author, Dani Pettrey has sold nearly 800,000 copies of her novels to readers eagerly awaiting the next release. Dani combines the page-turning adrenaline of a thriller with the chemistry and happy-ever-after of a romance.

She researches murder and mayhem from her home in Maryland. For more information about her novels, visit danipettrey.com.

Other Featured Books by Dani Pettrey

Dani Pettrey is offering a print copy of The Deadly Shallows to one of my readers! (US only. Void where prohibited by law or logistics.) This giveaway is subject to Reading Is My SuperPower’s giveaway policies which can be found here. Enter via the Rafflecopter form below.


What about you? What makes you want to read The Deadly Shallows by Dani Pettrey?

24 responses to “Book Review (and a Giveaway!): The Deadly Shallows by Dani Pettrey”