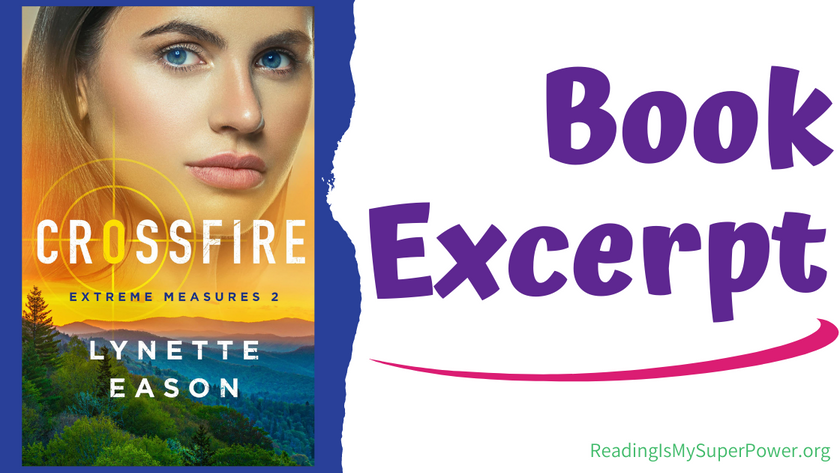 I’m excited today to give you a peek inside Crossfire by Lynette Eason – and a chance for two of you to win a copy of your own! 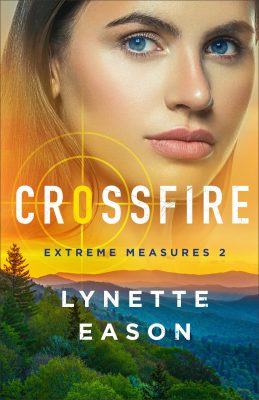 FBI special agent Julianna Jameson is a top-notch negotiator who has never lost a hostage. Surely she can manage to take care of her much younger sister, Dottie, who showed up unannounced to live with Julianna while she finished her senior year of high school.

A former sniper with the 75th Ranger Regiment, Clay Fox left the army after a tragic incident that he can’t get past. Now he’s working as a high school resource officer until he can figure out what to do with the rest of his life.

Their paths cross when Julianna is called in to negotiate a courtroom hostage situation involving Clay’s sister. Impressed and a bit intimidated by the calm, capable woman with the dark hair and blue eyes, Clay invites her to speak at his school. Dottie’s school.

But as the anniversary of a school shooting from Julianna’s past approaches, it becomes clear that her perfect record is about to be tested and that Dottie is at risk. If Julianna and Clay can’t figure out who’s behind the attacks, more innocent people will die–and Dottie is next in line.

This intense story of revenge and redemption from bestselling author and master of suspense Lynette Eason will have you up all night as you race toward the explosive finish.

“Got here as fast as I could.” Julianna slipped on the headset that would allow her to connect with the man holding the judge and a roomful of people hostage. “Do we have eyes?”

“We should any moment now.”

“This was the Nicholas Manchester trial.”

Rodriguez ran his finger over his mustache once more. His collateral duties included supervising SWAT and the field office coordinators for crisis negotiations and the Behavioral Analysis Unit. No doubt, both were on call, ready to conference as they learned more. “Apparently, Nicholas didn’t like the guilty verdict. He had a crew in place ready to help him out. Complete with masks and tear gas. SWAT is attempting to get a camera under the door, but so far no luck.”

“How’d Manchester’s crew get the stuff in there?”

“The security footage is still being scanned, but so far, it looks like someone allowed them access to a back door late last night. The perpetrators hid out in the building’s mechanical space, and when they got the guilty verdict, they stormed the courtroom. I’m sure we’ll be learning more as the investigation continues.”

The monitor in front of her flickered and the courtroom scene came to life. Julianna leaned in, processing the visual. She counted. Eleven jurors in the box, seated. Several crying, some with stone-faced fear. Two US Marshals lay on the floor in front of the bench with a woman kneeling next to one of them. Judge Lisa Stevens sat in her chair staring straight ahead. The man behind her held a fistful of Lisa’s chin-length blond hair and a gun aimed at her right temple. The room was still smoky, but only in the far left corner. The people who’d been closest to the tear gas had their shirts pulled up over their faces, and several were coughing.

“Who set the tear gas off?” she asked.

“Guy posing as a US Marshal is our best guess. It was a small amount. Enough to cause a distraction, but not enough to reach Manchester and his cohorts. Someone slipped him a weapon. Again, that was probably the fake marshal. When the real marshals went after him, he opened fire. One’s wounded but seems to be okay. As for the other one?” He shook his head. “No word if he’s still alive. Life Flight out of Asheville is on the way.”

Julianna wondered if Penny Carlton would be the pilot. The company Penny flew for covered eighteen counties across the Carolinas and into Tennessee and Georgia. “All right, so first order of business is to get the wounded out of there.” Before she could make that happen, she needed Manchester talking. “Anyone in communication with him?”

“No. Not yet. Waiting on you. He’s not answering the courtroom phone. We have a couple of the hostages’ numbers. Thought you could try them and see if someone would chance answering.”

They dialed three and no one answered. “But the phones are on. They’re ringing,” she said. “Could be on silent.” She rubbed her chin, thinking. “How’d you get the information about the wounded marshals and how everything went down?”

“Manchester sent out a pregnant woman who thought she was going into labor when all the excitement started.” He showed her the picture of the woman being helped into the back of an ambulance. “Turns out it was false labor.”

Julianna raised a brow. “He sent her out? I would have thought he’d just shoot her.”

“Guess there’s a conscience in him somewhere.”

She frowned. “No, not him.” She’d studied the airplane case after it happened. Manchester hadn’t surrendered—and he hadn’t planned on being taken alive. But one of his own had turned on him and allowed agents into the plane, where Manchester had taken two bullets and then tried to turn the gun on himself before a passenger tackled him. “He sent her out for a reason,” she said. “She’s not his wife. I remember her being interviewed after it was stated Manchester would survive his wounds. So, this woman . . . is she related to him? His sister? Sister-in-law? Girlfriend? Mistress? Is the baby his? Because she means something to him.”

Hector studied her, then consulted his laptop. “Her name is Abigail Freeman, goes by Abby. She was among those in the gallery. I’ll get someone to ask her if and how she knows Manchester.” He sent a text to one of the agents, then turned back to Julianna. “They’re talking to her now.”

“Did he send anyone else out?”

“Yeah. What are you thinking?”

She closed her eyes and tried to put herself into Manchester’s head. “He’s not answering the courtroom phone because something happened with the plan. He wasn’t supposed to be trapped in there. So now he’s planning, concocting escape plans, working them out in his head, then discarding them. He’s desperately trying to figure out how to get out of this impossible situation. When he has what he thinks is a workable plan, he’ll answer the phone. Maybe. Or, he already has a plan, is implementing it, and doesn’t want to talk.”

“No idea, but it’s possible Mrs. Freeman is a part of the plan. I’d keep an agent with her in the ambulance and at the hospital. Then take her to the field office for a more thorough interview. Get a signed statement from her.”

Of course he was. She drew in a steadying breath. “All right. Let’s try this again. While I’m working on getting him on the phone, I need to know everything about him and every single person in that courtroom. You know the drill.”

“I’ve already set that ball rolling. Daria Nevsky is your analyst and will be feeding you all the information she gets.”

He snorted. “They’re all good.”

“Yeah, but she’s special. I like her accent. And she likes me.” Some of the analysts were just downright rude, but not Daria. Julianna picked up the phone and dialed the courtroom number again.

She tried calling four more times. “This isn’t working. I don’t want him thinking for too long.”

“Or he’ll just start shooting when he can’t come up with a way out.” Julianna chewed on her bottom lip and pondered her options. First things first. Get him to answer.

The screen went blank and Hector slammed a hand on his thigh. “They found the camera.”

So now she was blind, deaf, and mute. Not a good position to be in. 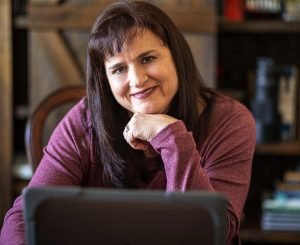 Lynette Eason is the bestselling author of Life Flight and the Danger Never Sleeps, Blue Justice, Women of Justice, Deadly Reunions, Hidden Identity, and Elite Guardians series. She is the winner of three ACFW Carol Awards, the Selah Award, and the Inspirational Reader’s Choice Award, among others. She is a graduate of the University of South Carolina and has a master’s degree in education from Converse College. Eason lives in South Carolina with her husband and two children. Learn more at www.lynetteeason.com. 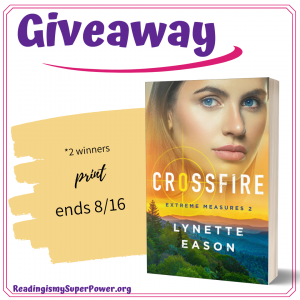 Revell is offering a print copy of Crossfire by Lynette Eason to TWO of my readers! (US only. Void where prohibited by law or logistics.) This giveaway is subject to Reading Is My SuperPower’s giveaway policies which can be found here. Enter via the Rafflecopter form below.


What about you? What makes you want to read Crossfire by Lynette Eason?

21 responses to “Book Spotlight (and a Giveaway!): Crossfire by Lynette Eason”