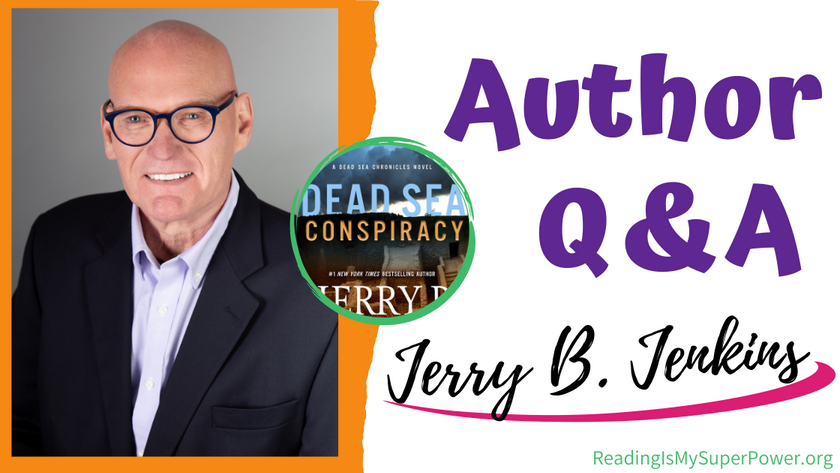 I’m so honored today to welcome prolific author Jerry B. Jenkins to the blog to chat about his new dual-timeline suspense, Dead Sea Conspiracy! 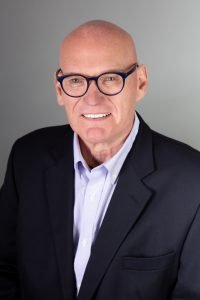 Jerry B. Jenkins’ books have sold more than 73 million copies. Twenty-one of his titles have reached the New York Times, USA Today, Publishers Weekly, and Wall Street Journal best-seller lists. The phenomenally best-selling Left Behind series inspired several movies, one starring Nicolas Cage and another starring Kevin Sorbo. Jenkins has been featured on the cover of Newsweek and his writing has appeared in Time, Reader’s Digest, Guideposts, and dozens of other periodicals. Jenkins owns the Jerry Jenkins Writers Guild, through which he trains thousands of aspiring writers. He is a member of the Colorado Authors Hall of Fame and chairs the Creative Writing major at Colorado Christian University. He and his wife, Dianna, have three grown sons, including Dallas, creator and director of The Chosen TV series. 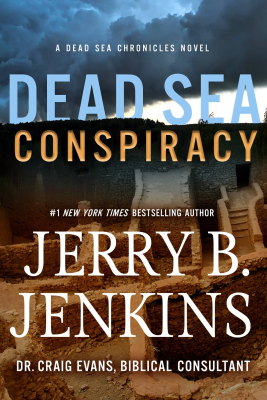 In Book 2 of the Dead Sea Chronicles, archaeologist Nicole Berman is about to discover the key to unifying three major religions, if a dangerous and evil enemy doesn’t stop her first.

She is the first woman to be awarded a permit to lead a dig in Saudi Arabia and believes what she hopes to discover has the power to rewrite history. She assembles a team that will ultimately surprise – and in some cases – betray her. In a parallel storyline, readers are launched back to ancient Ur where young Abram is sent to learn from his forebears, who tell him firsthand stories of being on the ark during the Great Flood.

Hi Jerry! Welcome to the blog!

Jerry: Summer. I love to be warm.

Carrie: I am the exact opposite lol


Carrie: Netflix is definitely the best choice for that!


Carrie: Good chewy bread is a must!!

Jerry: It’s a tie, but I do love being able to tote around dozens of books electronically.


Carrie: I feel the same way

Jerry: Who wouldn’t love to fly?


Carrie: right?!? It would make so many things easier –  and more fun!


Carrie: I’ve never read that one but I’m intrigued! 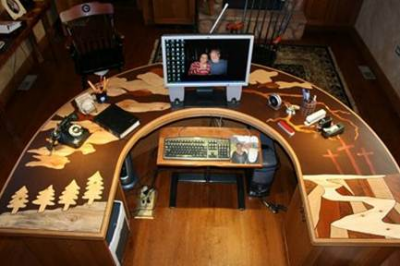 Q: Writing spaces are as diverse as authors and books. Where is your favorite space to write?


Q: Did you have the whole plot outlined before you started writing Dead Sea Conspiracy, or did you let the characters dictate what came next?


Jerry: I’m a Pantser (writing by the seat of my pants as a process of discovery, rather than an Outliner or Plotter; I have a rough idea where I’m going, but I write to find out what happens.

Carrie: … which I’ve found creates that sense in the reader as well – we’re drawn to find out where the story is going, just like the writer was.


Q: What do you most want readers to take away from Dead Sea Conspiracy?

Jerry: A page-turning read; every chapter I alternate plots between a present day story and an ancient one—4,000 years apart—and I hope readers see the similarities, despite the time spans.


Carrie: One reason I love reading dual timeline novels – finding those common bonds across the decades … and the millenia 🙂

Jerry: I’m writing the next novel in The Chosen series, based on the third season of the TV series my son created. Then I’ll write The Dad Coach (nonfiction) with the manager of the Kansas City Royals. And then I’ll rewrite and update another nonfiction book, Hedges / Loving Your Marriage Enough to Protect It. 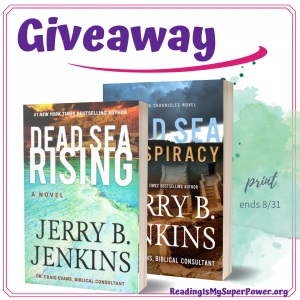 Jerry B. Jenkins’ publicist is offering a print copy of Dead Sea Rising and Dead Sea Conspiracy to one of my readers! (US only. Void where prohibited by law or logistics.) This giveaway is subject to Reading Is My SuperPower’s giveaway policies which can be found here. Enter via the Rafflecopter form below.


What about you? What makes you want to read Dead Sea Conspiracy by Jerry B. Jenkins?

15 responses to “Author Interview (and a Giveaway!): Jerry B. Jenkins & Dead Sea Conspiracy”