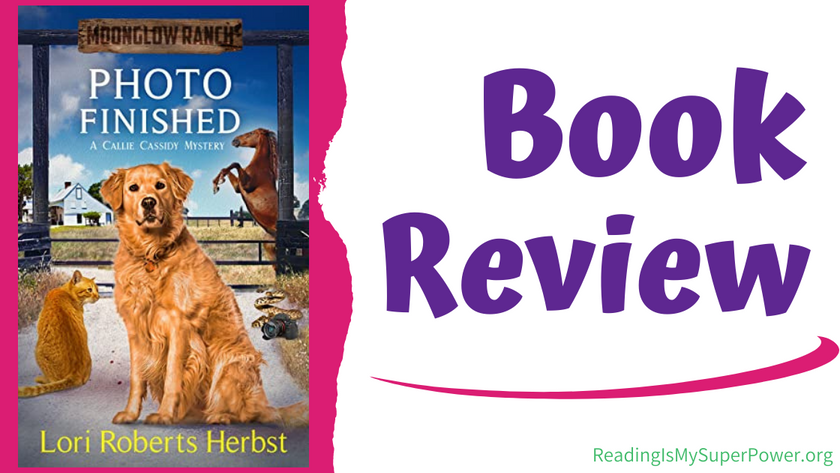 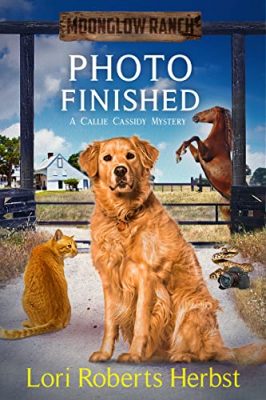 When a visit to a Colorado dude ranch turns deadly, it’s up to photographer Callie Cassidy to corral the killer…

As maid of honor (aka grande dame) in her best friend’s upcoming wedding, Callie wants to plan the perfect bridal shower. And what could be better than a girls’ trip with their posse of friends?

The women jump at the idea and suggest a destination—Moonglow Ranch, a serenity retreat-slash-dude ranch owned by one friend’s aunt and uncle.

When they arrive, Callie is less than enthusiastic. Serenity doesn’t come easily to a former investigative photojournalist. Plus, her horse is stubborn as…well, a mule. She’s warned to be on the lookout for snakes. Worst of all—gasp!—Moonglow only serves healthy food. Still, her friends are having a great time, and even Callie’s golden retriever Woody and tabby cat Carl seem right at home on the ranch. For their sake, she tries to tap into her inner Zen.

Then the conniving wife of the town’s most powerful man interrupts the party and threatens the ranch’s proprietors. Callie worries the trip is destined for disaster.

Later, Callie finds the woman’s body in the stable, apparently trampled by a horse. Or did she die from a snakebite? Or—as Callie suspects—could something even more sinister be at work?

Answers are as difficult to find as a needle in the haystack. And when the police chief accuses the ranch owners of murder, Callie realizes she’ll need to lasso the real outlaw—before the wrong people end up in the pokey. 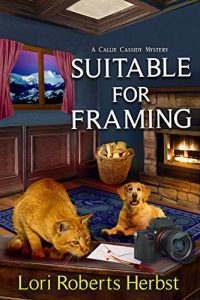 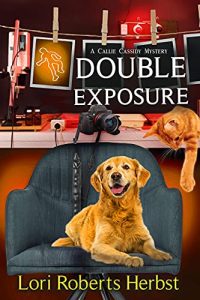 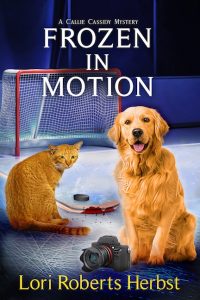 Don’t you just want to bury your face in that cover dog’s fur and hug him and boop his adorable nose? Once you meet Woody – and his feline sidekick Carl – on the pages of Photo Finished you’ll want to hug him even more. Callie may be the star of this series but more often that not these two endearing animals steal the spotlight and save the day. I love how the author has given Woody & Carl such vivid personalities. She affectionately captures the heart of loyal pets (ahem – ‘creatures’ – sorry, Carl) in ways that anyone who has ever been loved by a dog or bossed around by a cat will love.

But back to Callie… This journalist-turned-photographer is taking a break from work to execute her maid of honor duties & celebrate bestie Tonya’s upcoming nuptials with a bridal shower week. Destination? A soft open of sorts for Moonglow Ranch, a serenity retreat with a dude ranch vibe that’s owned by Summer’s aunt & uncle. While the ranch gets a 5 star review from Callie, her mom, Tonya, and their friends (even though it only serves ‘healthy’ food lol), it’s inexplicably in the crosshairs of several prominent people in its small Colorado town. And, because this is a cozy mystery, it’s not long before one of these naysayers meets their demise. Is the murderer one (or both) of the beleaguered owners? The Thor-lookalike cassanova cowboy-slash-ranch-hand? The cryptic psychic? The victim’s obnoxious stepson? The absentee spouse?

Lori Roberts Herbst gives readers a plethora of plausible suspects and takes us through several twists and turns to reach the big reveal. I enjoyed solving the case along with Callie, Lynn, and Mrs. Finney (who is my absolute fave) and, while I had the murderer figured out just seconds before Callie did, I could not have predicted how it all went down. And oh my word, if the police chief had called Callie or Lynn ‘little lady’ one more time, I was gonna orchestrate a purse whomping lol.

Bottom Line: Photo Finished by Lori Roberts Herbst has it all – loving friendships, layered characters, a dash of romance, a sense of humor, and a clever plot. In addition to enjoying the interactions between the various players and the race to solve a murder, readers will be invested in the outcome of Moonglow Ranch’s fight to exist and will stay engaged in the story from beginning to end. Callie is a delightful and relatable protagonists, but the stars of this show are definitely her loyal dog Woody and her insightful cat Carl.


Reviewer’s Note: Readers may want to be aware that there is discussion of people involved in intimate activity (though nothing more detailed than stating facts and some innuendo). 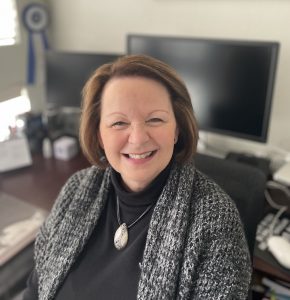 Lori Roberts Herbst, who writes the Callie Cassidy Mystery series, spent much of her life writing, editing, and psychoanalyzing. Through thirty years of teaching journalism, advising newspaper and yearbook staff, instructing budding photographers, and counseling teenagers, she still managed to hang on to a modicum of sanity. Her books have earned first-place CIBA awards in the Murder and Mayhem division. She currently serves as secretary of the Sisters in Crime North Dallas chapter and is a member of the Sisters in Crime Guppies and the Mystery Writers of America. 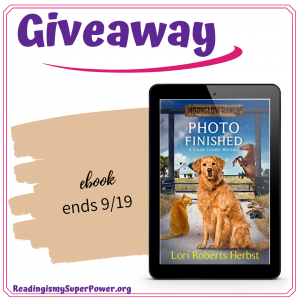 Lori Roberts Herbst is offering a digital copy of Photo Finished to one of my readers! (US only. Void where prohibited by law or logistics.) This giveaway is subject to Reading Is My SuperPower’s giveaway policies which can be found here. Enter via the Rafflecopter form below.

What about you? What makes you want to read Photo Finished by Lori Roberts Herbst?

14 responses to “Book Review (and a Giveaway!): Photo Finished by Lori Roberts Herbst”