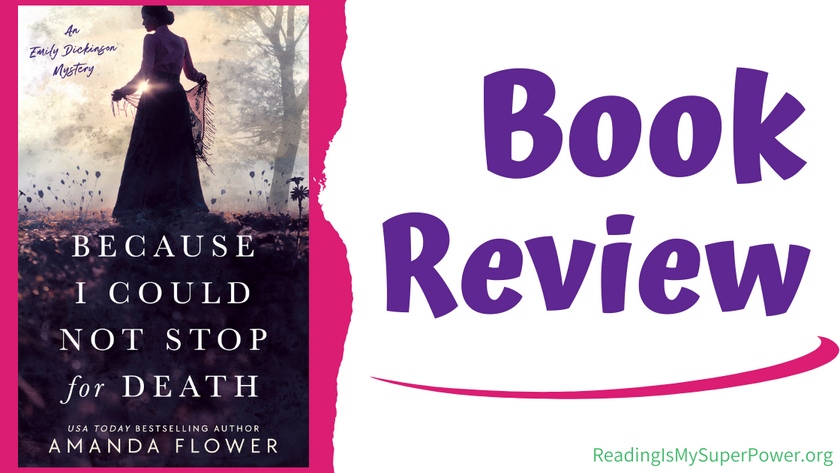 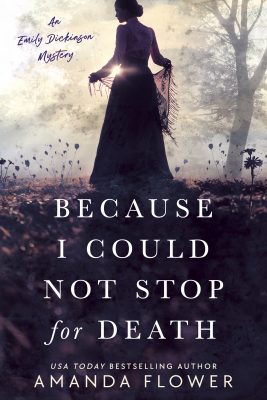 Emily Dickinson and her housemaid, Willa Noble, realize there is nothing poetic about murder in this first book in an all-new series from USA Today bestselling and Agatha Award–winning author Amanda Flower.

January 1855 Willa Noble knew it was bad luck when it was pouring rain on the day of her ever-important job interview at the Dickinson home in Amherst, Massachusetts. When she arrived late, disheveled with her skirts sodden and filthy, she’d lost all hope of being hired for the position. As the housekeeper politely told her they’d be in touch, Willa started toward the door of the stately home only to be called back by the soft but strong voice of Emily Dickinson. What begins as tenuous employment turns to friendship as the reclusive poet takes Willa under her wing.

Tragedy soon strikes and Willa’s beloved brother, Henry, is killed in a tragic accident at the town stables. With no other family and nowhere else to turn, Willa tells Emily about her brother’s death and why she believes it was no accident. Willa is convinced it was murder. Henry had been very secretive of late, only hinting to Willa that he’d found a way to earn money to take care of them both. Viewing it first as a puzzle to piece together, Emily offers to help, only to realize that she and Willa are caught in a deadly game of cat and mouse that reveals corruption in Amherst that is generations deep. Some very high-powered people will stop at nothing to keep their profitable secrets even if that means forever silencing Willa and her new mistress….

I’m a big fan of Emily Dickinson’s poetry, and my favorite poem by her is the one used in the title of this new cozy mystery from Amanda Flower:

So of course the title grabbed my attention right away … and then I saw the cover and was completely in love. When I found out that this new series features Emily Dickinson and her maid Willa Noble as amateur sleuths, well, I absolutely had to read this book! (PS – read the rest of the poem HERE)

We begin our story from Willa’s point of view, as she is dodging a torrential downpour on her way to interview for a new position at the Dickinson home in Amherst, Massachusetts. She’s just as surprised to be hired as the housekeeper is to hire her, but Emily’s decisive intervention on behalf of Willa during that interview sets the tone for their relationship forthwith. As Willa quickly becomes an important part of the Dickinsons’ small staff, she suffers a great tragedy – the loss of her brother – and Emily intervenes once again. While Emily and Willa at first may seem an unlikely investigative team, you will soon find yourself unable to imagine them as anything else. I found their relationship dynamic to be fascinating – a young woman and her maid…. a pair of amateur sleuths … and a form of friendship that straddles both incarnations.

Along with the clever mystery – perhaps because of it – we are also treated to intriguing historical details into Massachusetts & US politics of the day, including both the courageous personalities of the Underground Railroad and the cowardly & evil people who made such bravery necessary. We also get unique insight into Emily Dickinson as a woman, as a daughter, as a sister, and I very much enjoyed these glimpses into the real person, even as many of the scenarios we encounter are of course fictional. For as much as I love her poems, I’ve never really taken the time to read much about her as a historical figure but after meeting her on the pages of Because I Could Not Stop for Death I want to learn more.

Bottom Line: Because I Could Not Stop for Death is the kind of book you want to curl up with on a rainy day. Or a snowy day. Or a completely sunny day…because you shouldn’t let the weather stop you from reading this delightful cozy (though the former two options fit the mood of the book better). The combination of actual historical individuals with fictional ones, the juxtaposition of classes & gender roles, the tension of life for freedmen and escaped slaves alike… it all results in a captivating story that will keep you absorbed and engaged throughout. Add a dash of romance for Willa (if she’ll only open her heart to the man who loves her), and I’m looking forward to more books in this series! 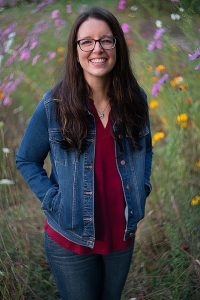 Amanda Flower is the USA Today bestselling and Agatha Award-winning mystery author of over forty novels, including the nationally bestselling Amish Candy Shop Mystery Series, Magical Bookshop Mysteries, and, written under the name Isabella Alan, the Amish Quilt Shop Mysteries. Flower is a former librarian, and she and her husband, a recording engineer, own a habitat farm and recording studio in Northeast Ohio. Learn more online at www.amandaflower.com.

What about you? What makes you want to read Because I Could Not Stop For Death by Amanda Flower?

9 responses to “Book Review: Because I Could Not Stop for Death by Amanda Flower”