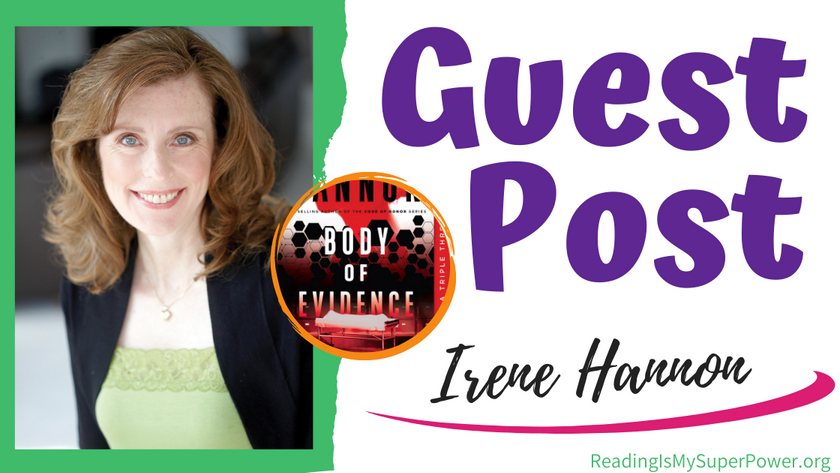 I love it when Irene Hannon visits the blog (and I try very hard not to fangirl too embarrassingly lol), so please join me in welcoming her today to share about her new romantic suspense Body of Evidence – and a time when book research got a little too real for her! 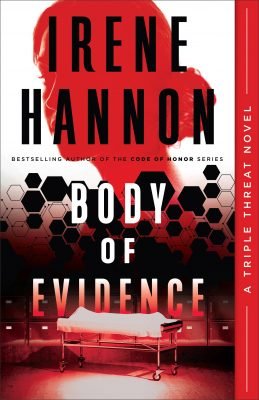 Forensic pathologist Grace Reilly has seen her share of unusual deaths in rural Missouri. But when she begins to notice a curious pattern in autopsies of elderly residents whose demise appears to be natural, she takes her concerns to Sheriff Nate Cox.

Nate is skeptical about the link Grace is seeing between the deaths–and her suspicions of foul play. But her persistence is compelling. Once she finally convinces him her theory is credible and they join forces to investigate, danger follows. Because exposing the truth could destroy several lives–including Grace’s.

by Irene Hannon, author of Body of Evidence


I’m often asked how much research I do for my suspense books, and the answer is: a ton! Even though my stories are fiction, the law enforcement agencies, military ops, and highly specialized professions I write about are real, and I care about accuracy and credibility. So not only do I spend countless hours online, I have a whole cadre of sources I call on to answer technical questions and even review my copy.

But here’s a question few people ask me: Have you ever found yourself in a scary situation while doing research?

The answer is yes. Several times. Let me tell you about the first one, which I’ve never shared before.

Many years ago, I had a scenario in a book in which a small plane loses power and the heroine, who isn’t an experienced pilot, has to land it on her own. I needed to know what might cause this to happen, what would occur in the cockpit when it did happen, and the steps she would go through to handle it.

Having zero knowledge about flying, I contacted a flight instructor, who offered to not only answer my questions but take me up in the kind of plane the heroine would be flying as a student pilot.

So off I went to the airport.

We talked for a while inside, and then he said. “Let’s fly.”

I followed him out to the tarmac, where he proceeded to pull a small plane out of the hangar—by hand. I kid you not. It was that small. Scary small.

But okay, I’m here now and I’m going to see this through.

He does his flight check while I take notes. Everything is fine. Then he tries to start the engine. Zip. He tries again. Nothing. Finally, after several attempts, it turns over.

However, unwilling to look like a chicken in front of this guy who was romance-novel handsome, I sucked it up and climbed in.

At least the engine was still running.

Then it was up, up and away. Smooth sailing. He even let me handle the controls. I began to relax.

Until we began talking about what would happen if the plane lost power. Because at that point, he says, “I’ll show you”—and turns off the engine.

He turned. Off. The engine.

The one he had such trouble starting on the ground.

While he launched into an explanation about glide altitudes, I’m thinking to myself that maybe I’ve taken my research a little too far.

Happily, the story ends fine. He was able to start the engine again (along with my heart), and we landed safely.

But I never forgot that day.

I don’t have a dramatic story like that to tell you about my new book, Body of Evidence, but I did connect with an amazing source for this one. My heroine is a forensic pathologist, and since I have no knowledge of that field, I tracked down a pathologist who agreed to work with me. He was fabulous! He taught me more about autopsies than I ever needed to know and shared more photos than I ever wanted to see, but wow. His input gave the polish of authenticity to my story.

So if you ever wonder whether suspense authors lead exciting lives, the answer is—not usually. Mostly we sit in front of our laptops typing away in safe places. But on occasion, we venture out on research missions. And the dicier ones always remind me why I much prefer my suspense to be between the covers of a book! 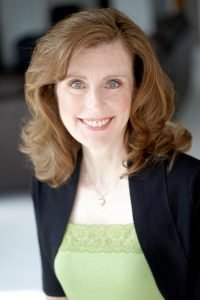 Irene Hannon is the bestselling and award–winning author of more than 60 contemporary romance and romantic suspense novels. In addition to her many other honors, she is a three–time winner of the prestigious RITA Award from Romance Writers of America. She is also a member of RWA’s elite Hall of Fame and has received a Career Achievement Award from RT Book Reviews for her entire body of work. Learn more at www.irenehannon.com. 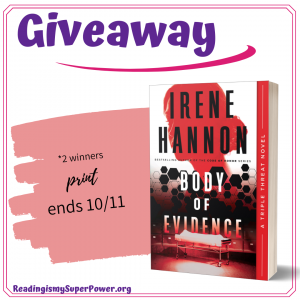 Revell is offering a print copy of Body of Evidence by Irene Hannon to TWO of my readers! (US only. Void where prohibited by law or logistics.) This giveaway is subject to Reading Is My SuperPower’s giveaway policies which can be found here. Enter via the Rafflecopter form below.


What about you? What makes you want to read Body of Evidence by Irene Hannon?

26 responses to “Guest Post (and a Giveaway!): Irene Hannon & Body of Evidence”