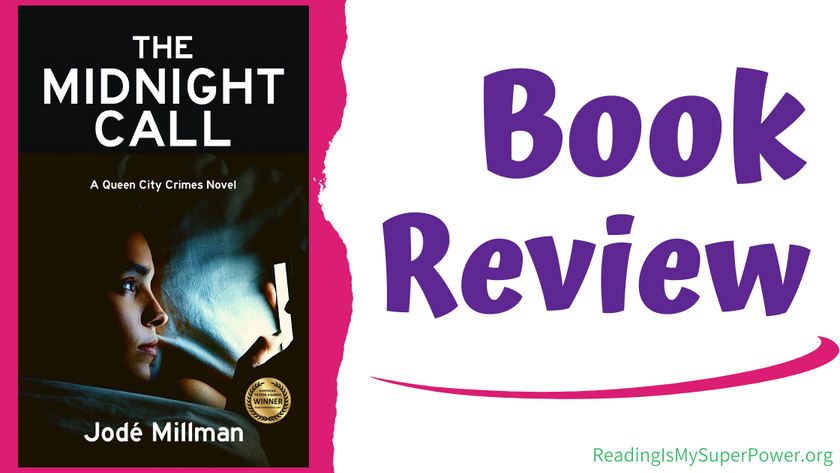 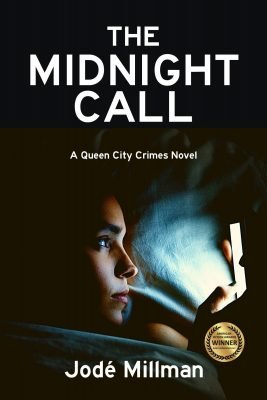 Who would ever suspect that their mentor, teacher, and friend was a cold-blooded killer? Jessie Martin didn’t—at least not until she answers the midnight call.

Late one August night, Jessie’s lifelong mentor and friend–and presently a popular, charismatic, and handsome high school teacher–Terrence Butterfield calls. He utters a startling admission: he’s killed someone. He pleads for Jessie’s help, so out of loyalty she rushes to his aid completely unaware that she’s risking her relationship, her career, and her life–and that of her unborn child–to help Terrence.

Does Jessie’s presence at Terrence’s home implicate her in the gruesome murder of the teenage boy found in the basement? Why does Terrence betray Jessie when he has a chance to exonerate her of all charges? Has he been a monster in disguise for all these years?

To reclaim her life and prove her innocence, Jessie must untangle the web of lies and reveal the shocking truths behind the homicide. The quest turns out to be the fight of her life: to preserve everything and everyone she holds dear.

Praise for The Midnight Call:

“If you like courtroom battles, this legal thriller fits the bill!”

“Friendship, insanity, the drama of a courtroom, with a touch of romance rounding out the narrative, will have readers struggling to answer the question: What happens after you answer that terrifying midnight call?”

I am a sucker for a good psychological thriller – where you’re never entirely sure who to trust or if the narrator is reliable or how it’s going to turn out. The Midnight Call is one such book. I was intrigued from the start and my mind whirled with possibilities until the very end. That ending! It’s amazing how four words can make you suck in your breath and immediately begin stalking the interwebs for any hint of a third book. (Thank goodness for the author’s note where she assures us these characters will be back. It let me relax a little… but I’m not going to quit thinking about the implications in those last four words for a long while.)

All that said, The Midnight Call was almost nothing like I first expected it to be. And that’s not a bad thing. It added to that delicious psych-thriller feeling that you’re always a step or two behind the narrator, which kept my attention all the more engaged. I expected this to be Jessie’s story, and in many ways it is. But it’s also Jeremy Kaplan’s story. And Hal Samuel’s story. And Lily’s story. And … tying them all together, along with several other supporting characters whose stories are affected too, is Terrence Butterfield – Jessie’s former teacher and mentor who now stands accused of a horrific & inexplicable murder.

Bottom Line: In The Midnight Call, Millman crafts flawed characters that readers become invested in despite their foibles – or perhaps because of them. While I disagreed with some of their moral choices, I can’t deny that I was nonetheless intrigued by the ways their lives intersected, as well as the ripple effects of those intersections. The legal case is twisty and keeps you guessing, turning what you thought you knew upside down and every which way before those stunning last four words.

PS – Trying to figure out what order this book goes in the series is nearly as twisty as the plot. On Amazon it’s listed as book 2… but the book listed as book 1 (Hooker Avenue) comes after the events of The Midnight Call. Additionally, TMC appears to have been released several years ago as this author’s debut and is now being re-released. So… I’m confused about whether it’s book 1 or 2 in the series, but I enjoyed it on its face as a standalone for now.


Reviewer’s Note: Readers of this blog may want to be aware that there is some mild cursing and innuendo in this book, but nothing more than you see on primetime TV.

Jodé Millman is the acclaimed author of HOOKER AVENUE and THE MIDNIGHT CALL, which won the Independent Press, American Fiction, and Independent Publisher Bronze IPPY Awards for Legal Thriller. She’s an attorney, a reviewer for Booktrib.com, the host/producer of The Backstage with the Bardavon podcast, and creator of The Writer’s Law. Jodé lives with her family in the Hudson Valley, where she is at work on the next installment of her “Queen City Crimes” series —novels inspired by true crimes in the region she calls home. 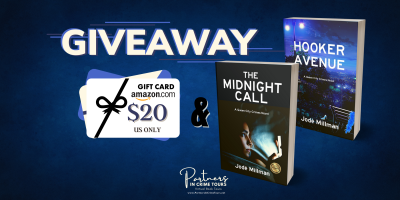 This is a giveaway hosted by Partners in Crime Tours for Jodé Millman. See the widget for entry terms and conditions. Void where prohibited.

There will be ONE (1) winner, US ONLY, for this tour. The winner will receive a print edition of The Midnight Call and Hooker Avenue by Jodé Millman AND a $20 Amazon.com Gift Card.

This giveaway is hosted by Partners In Crime Tours, not RimSP
Follow along with the tour by clicking the banner below 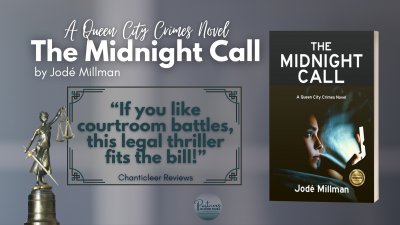 What about you? What makes you want to read The Midnight Call by Jodé Millman?

6 responses to “Book Review (and a Giveaway!): The Midnight Call by Jodé Millman”