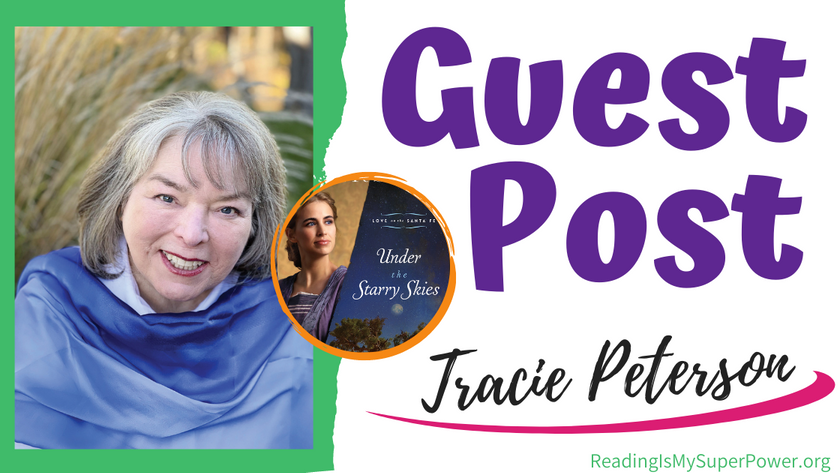 I’m honored to welcome Tracie Peterson back to the blog today to chat about the heroine of her new historical romance, Under the Starry Skies! 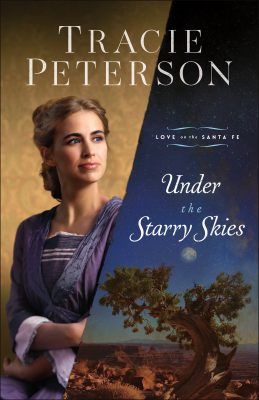 Will their faith prove to be stronger than their fear?

Sensible and independent, Cassie Barton never anticipated being on her own at thirty-two. But after the death of her father and the marriage of her sister, she’s found joy in her work as a seamstress. When a minor accident leaves her unable to sew, she decides to use her time to compile a book of stories about the men working on the Santa Fe Railroad. But worry begins to grow in San Marcial as Mexican revolutionaries set out to destroy the railroad–and put many lives in danger.With Europe at war and his longtime friend Cassie injured, railroad worker Brandon DuBarko is burdened by his troubles. He promised Cassie’s father he would watch over her, but as their comfortable friendship slowly transforms into something deeper, he feels trapped by a secret from his youth. When a vengeful man reappears in Brandon’s life, intent on causing conflict, Brandon must face his past before he can move forward.As the danger intensifies, Cassie and Brandon must rely on God to overcome the obstacles that stand in the way of a brighter future.

by Tracie Peterson, author of Under the Starry Skies

My heroine for UNDER THE STARRY SKIES, book 3 in the Love on the Santa Fe series, is Cassandra Barton—Cassie to her friends. 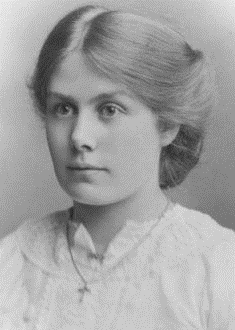 Cassie is thirty-two years old and believes love has probably passed her by.  She was engaged once, but then her mother died, and Cassie was needed to remain home to take care of her younger sister Melissa for their hardworking father.  Melissa’s sadness and mourning causes their father to send her to a boarding school in Denver, leaving Cassie with yet another empty spot in her heart. Now Melissa is grown and married with children of her own and Father has passed on.  Cassie is alone.  Well, not exactly.

My hero, Brandon Dubarko, isn’t letting her be too lonely.  He was a good friend and co-worker with her father for the Santa Fe Railroad.  Cassie’s father died when his train derailed, and Brandon believes it was murder. He’s convinced that someone sabotaged the tracks causing the train to derail that day.  He had once promised Cassie’s father that he’d look after her, so when some of his new workers cause her to have an accident and break her wrist, Brandon steps in to provide help.

During her recuperation, Cassie comes up with the idea to write down her father’s stories of his work on the Santa Fe Railroad.  This leads to her remembering other men’s stories about their Santa Fe jobs and she begins to ask for additional tales as she is determined to put together a book about working for the Santa Fe.  It helps to keep her busy and from missing her family too much.

Even though Cassie misses her family, she is invested in the community of San Marcial, New Mexico which is a hub for the Santa Fe Railroad.  There’s many a single man available, but none of them interest Cassie.  She has her church friends and customers for whom she sews and mends, but she does long for something more.  She tries to keep a relationship with her sister, but Melissa seems too busy or disinterested. Later in the story Cassie learns that her sister holds a great deal of anger towards her and wants nothing to do with her. This breaks Cassie’s heart all over again. This time Brandon is there to pick up the pieces, and Cassie starts to see him in a whole new light.

But Cassie knows that Brandon has his own problems. She just doesn’t know what they are because Brandon is extremely private.  She wants to help him, however, and eventually she gets him to tell her the truth. The truth is a complicated matter and Cassie isn’t sure she can help Brandon at all—except through prayer.  But Brandon’s problem seems too big for even God to work out.  Can they ever find happiness together? Can Cassie renew her relationship with Melissa?  And, what about the train derailment that killed Cassie’s father?  Was it murder?

For the answers to these questions and more, grab a copy of Under the Starry Skies by Tracie Peterson! 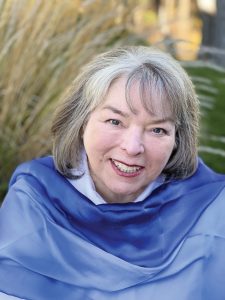 Tracie Peterson is the award–winning author of over 100 novels, both historical and contemporary. Her avid research resonates in her many bestselling series. Tracie and her family make their home in Montana. Visit traciepeterson.com to learn more. 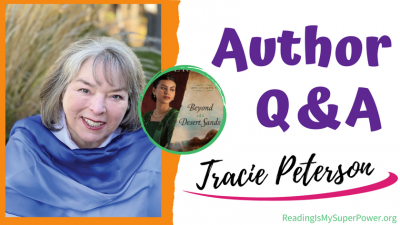 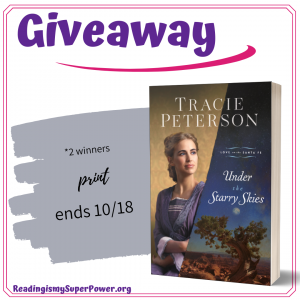 Bethany House is offering a print copy of Under the Starry Skies by Tracie Peterson to TWO of my readers! (US only. Void where prohibited by law or logistics.) This giveaway is subject to Reading Is My SuperPower’s giveaway policies which can be found here. Enter via the Rafflecopter form below.


What about you? What makes you want to read Under the Starry Skies by Tracie Peterson?

14 responses to “Guest Post (and a Giveaway!): Tracie Peterson & Under the Starry Skies”