Welcome to the Blog + Review Blitz for Range by Ronie Kendig, hosted by JustRead Publicity Tours! Keep reading for an excerpt! 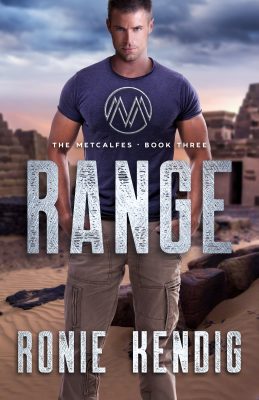 He’s back and he’s out for blood

Fed up with living in the shadow of his brothers, Range Metcalfe struck out to carve a name for himself—one written in the blood of many a terrorist. Now, he’s targeting the notorious Madam of Kandahar, who has trafficked children and women. Finally given the green light, he captures her and quickly finds himself entrenched up in a deadly encounter that forces him into the Afghan wilderness—with the madam.

Ten years trapped in human trafficking and five of those spent overseeing a compound, Kasra Jazani has little left of her soul. No longer able to live with herself, she takes matters into her own hands and coordinates an escape, a massive coup against the man who has kept her and so many others captive. They flee into the night—right into the fierce and capable hands of American operators, who ruin everything and put lives at risk. Livid, she knows death is coming for them, because she also holds a very dangerous, very powerful secret: the name of the man at the top of the trafficking ring. Now that monster wants her—and her American protector—dead.

Arms folded as he propped against the wall outside the interview room, Range trained his focus on the woman sitting on the other side of the one-way glass. “She gave up too easy.”

Pike joined him. “Who cares as long as we have her, and now a couple dozen women and children freed of her.”

Though Range nodded, it still didn’t add up.

“Something’s not right.” He peeled off the wall and faced the onetime master chief. “You’ve seen it—these women are terrified to flee. Yet we infiltrated a heavily fortified compound and find them … what? Escaping.” He shook his head. “Doesn’t add up.”

Pike studied him for a long second.

“I’m not overthinking it.”

“It’s what you do best.” Laughing, he slapped Range’s shoulder. “Relax. We got them—her. She’s there and she’s not going anywhere.” Ronie Kendig is a bestselling, award-winning author of over thirty books. She grew up an Army brat, and now she and her Army-veteran husband have returned to their beloved Texas after a nearly ten-year stint in the Northeast. They survive on Sonic runs, barbecue, and peach cobbler that they share–sometimes–with Benning the Stealth Golden. Ronie’s degree in psychology has helped her pen novels of intense, raw characters.

Connect with Ronie by visiting roniekendig.com to follow her on social media or subscribe to email newsletter updates. 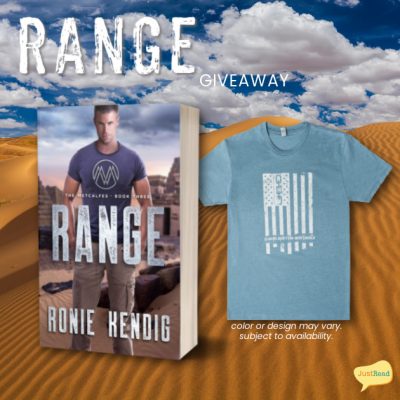 (1) winner will receive a signed copy of Range and an Operation Underground t-shirt.

Full tour schedule linked below. The giveaway begins at midnight October 18, 2022 and will last through 11:59 PM EST on October 25, 2022. Winner will be notified within 2 weeks of close of the giveaway and given 48 hours to respond or risk forfeiture of prize. US only. Void where prohibited by law or logistics.

What about you? What makes you want to read Range by Ronie Kendig?

9 responses to “Book Spotlight (and a Giveaway!): Range by Ronie Kendig”