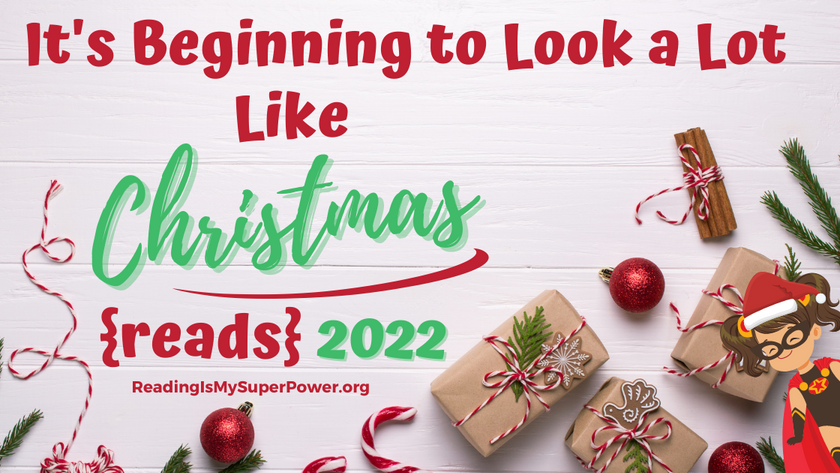 Christmas is only 27 days away, according to Google, but of course it’s never too early for Christmas stories, and ’tis the season when I really start craving them (even more than I do the rest of the year lol), so now is the perfect time to jump right into these posts! 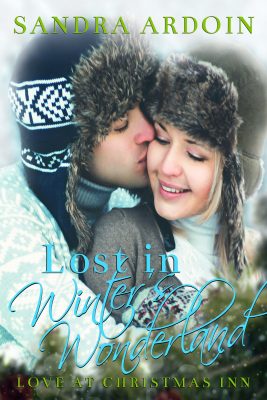 
Sometimes getting lost takes you right where you belong.

Seeking a peaceful week before the annual Callahan Christmas migration, Kelsey Callahan retreats to her mountain cabin in Tennessee. When a snowstorm dumps a lost love on her doorstep, Kelsey must choose between trusting in Justin’s appeal for a second chance at romance or giving in to fear and losing him forever.

A humiliating mistake steered Justin Strong away from the woman his teenaged-self had planned to marry and onto the path of business success. Years later, after being rescued by her, those old feelings reawaken, and once more, he questions his past decision. But with the lure of a long-sought client, Justin is torn between redeeming his youthful business blunder and proving he’s now a man Kelsey can rely on.

How much will each of them sacrifice to build a future together?

Justin monitored the pan Kelsey had placed on the rack in the fireplace. Anything to keep his eyes off her. Popcorn kernels began to pop-pop with more frequency, and the smell made his mouth water.

“I’m glad you dug up the tree and didn’t chop it.”

“Colossus seemed partial to the thing. I didn’t want to upset him by killing it.” Justin exaggerated a shiver.

“With your fever, you shouldn’t have gone outside, you know.”

“It’s gone and I feel good, Dr. Callahan.” A little tired after the exertion. Still, her care of him beat her glowers. “Must be the house calls you made yesterday.”

Her lips curled up, then drooped, as though she fought to maintain the antagonism toward him. He lost his own grin at the sight. He’d tried to do the right thing in high school. At what cost to Kelsey…and himself?

“I’ll see what else I can find to use as decoration.”

“And I’ll see if we have cell service.” Justin pulled out his phone. Yes! Weak bars, but probably enough to call a tow truck.

Kelsey dug through a box sitting on the great room floor and pulled out a thin roll of narrow, buffalo-check wired ribbon. “I’d planned to use this for the garland swag over the fireplace and changed my mind. It will add color to the tree.”

Justin set his phone down. He’d call in a few minutes. He carried the popcorn to the kitchen table while Kelsey found a couple of needles and a spool of white thread. They sat in silence, drinking coffee and stringing popcorn. Goliath stood by Justin, waiting for a dropped piece. Though it didn’t bother him, he asked, “Why doesn’t he sit next to you?”

She shrugged. “He probably thinks you’re his best opportunity for a dropped snack.”

“Oh yeah?” He tossed a piece of popcorn at her. It bounced off her arm and onto the floor. He eyed Goliath and pointed. “See, Leviathan. She’s the one you want to watch.”

As her dog slurped up the piece, Kelsey picked up one of her own and hurled it at Justin. “There’s your slob, sweetie. Get him.”

Justin shot another missile at Kelsey. Her eyes widened, then narrowed. She pinched a piece of popcorn between her fingers and held it for several moments, no doubt hoping to psyche him out with her stare. The second he thought she might drop the piece, she lobbed it at him, fisted a handful of popcorn, and jumped off the chair.

A raucous fight was on.

Kelsey dodged Justin’s edible missiles—most often failing—and chucked hers at him. Goliath trotted back and forth between them, vacuuming up the pieces littering the floor all the way to the couch. The fight continued until they ran out of popcorn inside the bowl. They raced to see who could beat the dog to the already-flung ammunition.

They dove at the same piece and missed. Face to face and breaths heaving, they eyed one another. Each waited for the other to blink. Was he the only one who couldn’t care less about popcorn and more about leaning closer for a kiss?

“I haven’t had this much fun since college.” A sad testimony to his lifestyle.

His low, gravelly voice rallied her. She snatched the piece from the tips of his fingers and tossed it to Goliath as she walked away.

The fun was over. 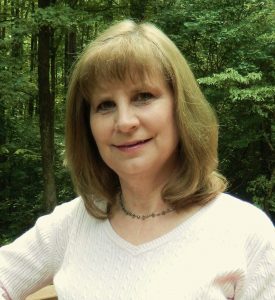 As an author of heartwarming and award-winning historical romance, Sandra Ardoin engages readers with page-turning stories of love and faith. Rarely out of reach of a book, she’s also an armchair sports enthusiast, country music listener, and seldom says no to eating out. Visit her at sandraardoin.com 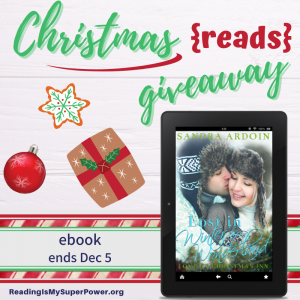 Sandra Ardoin is offering an ebook copy of Lost in Winter’s Wonderland to one of my readers! (Void where prohibited by law or logistics.) This giveaway is subject to Reading Is My SuperPower’s giveaway policies which can be found here. Enter via the Rafflecopter form below.


What about you? What makes you want to read Lost in Winter’s Wonderland by Sandra Ardoin?

13 responses to “It’s Beginning to Look a Lot Like Christmas (Reads) GIVEAWAY: Lost in Winter’s Wonderland”