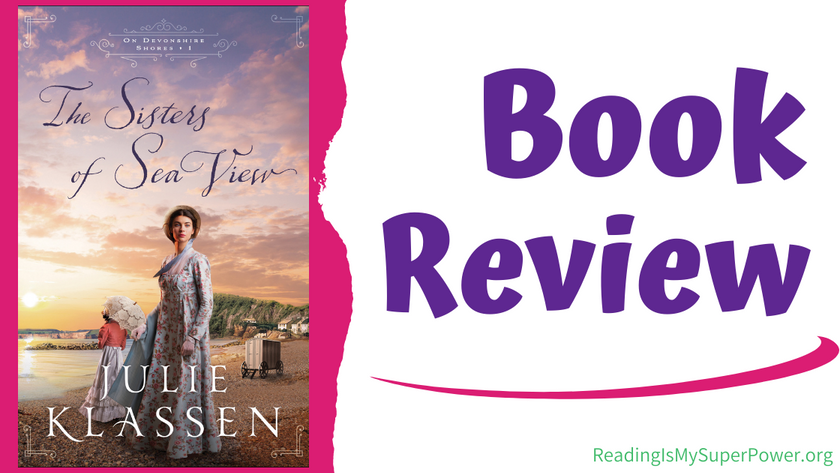 I love Julie Klassen’s books but until a couple of weeks ago, I hadn’t had a chance to meet her in person. When I found out we were going to be at the same conference, I gave myself the ‘don’t completely fangirl over her, be professional’ pep talk. She was just as delightful as I expected, and as you can see below, I totally did NOT fangirl…. ahem. 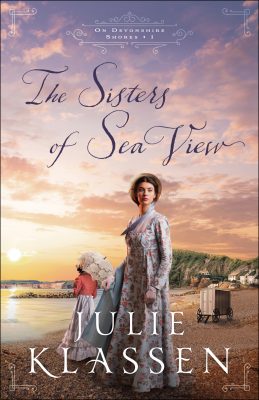 Some guests have come for a holiday, others for hidden reasons of their own . . .

When their father’s death leaves them impoverished, Sarah Summers and her genteel sisters fear they will be forced to sell the house and separate to earn livelihoods as governesses or companions. Determined to stay together, Sarah convinces them to open their seaside home to guests to make ends meet and provide for their ailing mother. Instead of the elderly invalids they expect to receive, however, they find themselves hosting eligible gentlemen. Sarah is soon torn between a growing attraction to a mysterious Scottish widower and duty to her family.

Viola Summers wears a veil to cover her scar. When forced to choose between helping in her family’s new guest house and earning money to hire a maid to do her share, she chooses the latter. She reluctantly agrees to read to some of Sidmouth’s many invalids, preferring the company of a few elders with failing eyesight to the fashionable guests staying in their home. But when her first client turns out to be a wounded officer in his thirties, Viola soon wishes she had chosen differently. Her new situation exposes her scars–both visible and those hidden deep within–and her cloistered heart will never be the same.

Join the Summers sisters on the Devonshire coast, where they discover the power of friendship, loyalty, love, and new beginnings.

“Jane Austen fans will delight in this nimble series launch…Klassen excels at weaving her various story lines, each emphasizing the colorful qualities of her characters and allowing them the space to shine. Readers will be eager for the next installment.”
—Publisher’s Weekly (starred review)

One of my favorite ‘older’ series is the Gresham Chronicles by Lawana Blackwell. One of the reasons I love it is that you get the chance to become deeply invested in a variety of main and supporting characters by following them down different paths throughout each book individually and as a series. There might be a primary character that is slightly more the focus per book but often it’s truly an ensemble cast. Enough swoony romance to make me happy, too, but not so much that it overpowers the varying story threads.  I am delighted to report that Julie Klassen’s new On Devonshire Shores series reminds me of Blackwell’s Gresham Chronicles in all the best ways.

In The Sisters of Sea View, the perspective switches between three of the Summers sisters (older sister Sarah and twins Emily & Viola) who have recently been forced to turn their seaside home into a guest house for financial reasons. As their mother suffers from mobility issues, Sarah is the main manager of the guests in her stead. Gregarious Emily helps with some of the management tasks, as well as engaging the guests in friendly conversation. And, due to her cleft palate surgical scar, Viola prefers to earn money by reading to invalids instead of interacting with the guests. Through each respective narrative, Klassen not only allows us to become more acquainted with these easy-to-love heroines but also to get to know the other characters through their eyes.

And what an absolutely lovely & eclectic mix of characters it is! Readers will definitely be able to find at least one guest or family member or villager to identify with – likely more. I know I have several whom I hope we can revisit in future books, not the least of which are three specific men who cross their paths: The initially-gruff and battle-scarred neighbor whom Viola is hired to read to, the young Scottish widower who finds a kindred spirit in Sarah, and the dashing bachelor who seems smitten with Emily. Only one of these budding romances finds resolution in this first book, but I would be very surprised if we’ve seen the last of the other two. Each of the romances not only filled my KissingBooks-loving heart with joy, they also gave me all the Austenesque feels. Don’t worry, though, if you prefer less romance, these threads don’t consume the story – rather, they are just another aspect to the lives we become invested in while reading the book.

As for the overall theme… well, I think this snippet from a conversation between Viola & the precious Mrs. Denby near the end of the story sums it up perfectly:

“A solitary soul can do little. But together… what lasting beauty we create.”

In fact, I probably could have summed up my review with those thirteen words and saved you having to read all my ramblings 😉

Bottom Line: The Sisters of Sea View is another warm and charming read by Julie Klassen, just as I expected! There are several poignant themes woven through these pages and some wonderfully layered characters that even if you’re not here for the swoony romance you’ll find a lot to love about this book. With flavors of Little Women and Sense & Sensibility, the Summers sisters will easily set up camp in your heart and don’t even get me started on the grumpily lovable hero next door and the other intriguing men who stay at their guest house! Klassen continues to remind me, with each new book, why she’s long been a favorite author, and I’m so excited to see where this series goes. 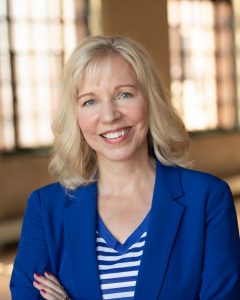 Julie Klassen loves all things Jane—Jane Eyre and Jane Austen. Her books have sold over a million copies, and she is a three-time recipient of the Christy Award for Historical Romance. The Secret of Pembrooke Park was honored with the Minnesota Book Award for Genre Fiction. Julie has also won the Midwest Book Award and Christian Retailing’s BEST Award and has been a finalist in the RITA and Carol Awards. A graduate of the University of Illinois, Julie worked in publishing for sixteen years and now writes full time. She and her husband have two sons and live in a suburb of St. Paul, Minnesota.

Read an exclusive interview with Julie Klassen at Austenprose

Other Featured Books by Julie Klassen 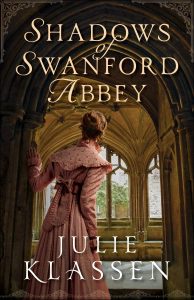 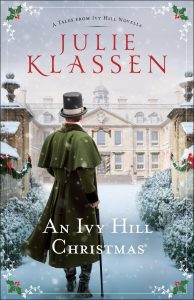 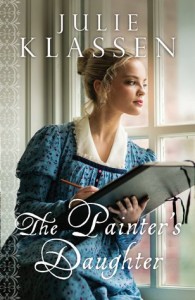 What about you? What makes you want to read The Sisters of Sea View by Julie Klassen?

7 responses to “Book Review: The Sisters of Sea View by Julie Klassen”