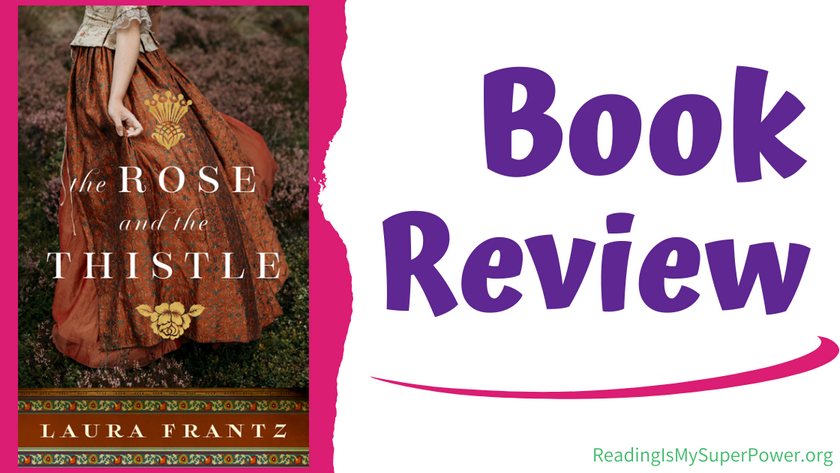 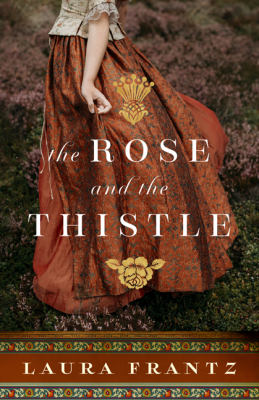 In 1715, Lady Blythe Hedley’s father is declared an enemy of the British crown because of his Jacobite sympathies, forcing her to flee her home in northern England. Secreted to the tower of Wedderburn Castle in Scotland, Lady Blythe awaits who will ultimately be crowned king. But in a house with seven sons and numerous servants, her presence soon becomes known.

No sooner has Everard Hume lost his father, Lord Wedderburn, than Lady Hedley arrives with the clothes on her back and her mistress in tow. He has his own problems–a volatile brother with dangerous political leanings, an estate to manage, and a very young brother in need of comfort and direction in the wake of losing his father. It would be best for everyone if he could send this misfit heiress on her way as soon as possible.

Drawn into a whirlwind of intrigue, shifting alliances, and ambitions, Lady Blythe must be careful whom she trusts. Her fortune, her future, and her very life are at stake. Those who appear to be adversaries may turn out to be allies–and those who pretend friendship may be enemies. 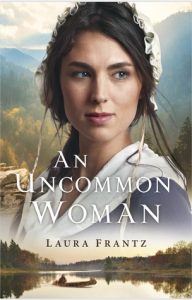 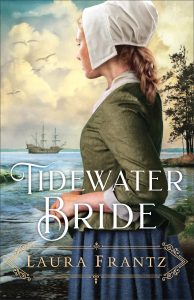 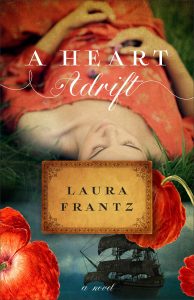 From the moment I met Colonel Cassius McLinn on the pages of The Colonel’s Lady I have been a HUGE fan of Laura Frantz and her exquisitely written stories. Since it’s humanly impossible for me to read all the books (though that certainly doesn’t keep me from trying), I’m sadly behind on a couple of her most recent novels but I was determined to be intentional about reading her newest, The Rose and the Thistle. Because, hello. Swoony Scottish hero. Strong English heroine. Political tensions. Family tensions. Romantical tensions. Even a water kelpie, of sorts.

Did I mention the swoony Scottish hero??

There’s something so knee-weakening about a Scottish brogue when attached to a man of integrity & quiet strength. And Everard Hume, the newly appointed laird of Wedderburn, definitely fits the bill… as do most of his brothers, too. I fell a bit in love with all of the Hume brothers, save the onerous David, and I could contentedly read novels that follow each of them for years to come. (And ohhhhhhh how I need a story that features the adorable youngest brother Orin – “I have met the water kelpie, and she is, in fact, a duke’s daughter” – once he’s all grown up.) Frantz does a splendid job of developing Everard’s character through a series of difficult circumstances, any one of which by itself would be enough to test my own emotional mettle. You will savor time spent with Everard, just as Blythe does, because in spite of facing several uphill challenges he maintains his quiet affection for those in his charge, his integrity, and even his sense of humor.

“Remember whose you are.”

Her father’s Jacobite ties lead to Lady Blythe Hedley fleeing her home in England with only her lady’s maid in the middle of the night and bedraggledly arriving at Wedderburn castle where refuge had been promised. By Everard’s father. Who has just died. From the moment she opens her mouth upon arrival, Blythe challenges Everard in every way and I loved it! She’s Catholic. He’s Protestant. She’s English. He’s Scottish. He wants to keep her sequestered away for her own safety. She wants to be free to explore and interact. Her spirit is strong, even as she worries about her father and mourns the separation, and she clings to her faith despite the dangers in doing so. Gaining his respect first, she soon gains his heart and oh my stars you’ll love their romance! Be prepared to swoon… but don’t relax just yet. The most challenging part of their story is yet to come.

“Mine without question. But the Almighty’s foremost.”

Bottom Line: What a richly layered & beautiful story from start to finish! I easily embraced both Blythe and Everard as well as the delightful cast of supporting characters who also took over my heart. The history fascinated me and has me wanting to read more about this tumultuous time in English/Scottish history, and it just becomes even more intriguing when you read about the author’s personal ties to Wedderburn Castle and the Hume clan in her note to readers. Nobody captures the setting, the lilt, the romance and heartbreak of history quite like Laura Frantz does, and The Rose and the Thistle is another gorgeous example of her talent.

(I voluntarily reviewed a complimentary copy of this book which I received from the publisher. In the interest of full disclosure, the company I freelance for as a blog/review tour coordinator was hired to promote this book with a social media tour. This in no way affected my review. All views expressed are only my honest opinion.)

My Rating: 5 stars / beautiful in every way! 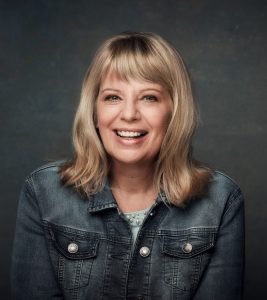 Christy Award-winning author, Laura Frantz, is passionate about all things historical, particularly the 18th-century, and writes her manuscripts in longhand first. Her stories often incorporate Scottish themes that reflect her family heritage. She is a direct descendant of George Hume, Wedderburn Castle, Berwickshire, Scotland, who was exiled to the American colonies for his role in the Jacobite Rebellion of 1715, settled in Virginia, and is credited with teaching George Washington surveying in the years 1748-1750. Proud of her heritage, she is also a Daughter of the American Revolution. When not at home in Kentucky, she and her husband live in Washington State. Learn more at www.laurafrantz.net.

Read these character sketches for the book from Laura Frantz too! 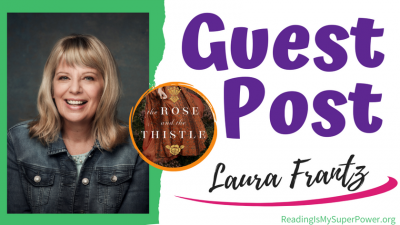 What about you? What makes you want to read The Rose and the Thistle by Laura Frantz?

21 responses to “Book Review: The Rose and the Thistle by Laura Frantz”