Welcome to the Blog Tour for Captive Set Free by Valerie Limmer, hosted by JustRead Publicity Tours! I’m honored to have Valerie here today to share more about the topic of forgiveness! 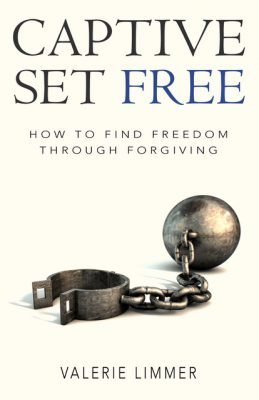 Have you been hurt? Are you hounded by turbulent feelings and looping thoughts? Do you know you need to forgive but aren’t sure where to begin?

Captive Set Free is a lamppost along the path of healing, offering engaging stories and examples, explaining how forgiveness fits into our spiritual DNA, and examining mindsets that make forgiving easier or harder. In this book, you’ll learn how to

– be sure forgiveness has taken hold in your heart; and

– guard your spirit from bitterness, both now and in the future.

If you’re tired of being imprisoned by pain and toxicity and want to step into the free and abundant life Jesus has planned for His children, this book is for you. 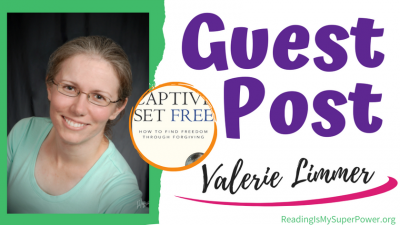 In Canada, September 30 is called the “National Day for Truth and Reconciliation.” Indigenous peoples have suffered greatly under the influence of the Canadian government and the Christian church. September 30th is meant to be a day focused on healing wounds and reconciling the relationship between the Canadian public and Indigenous peoples. This day’s name recognizes that truth must precede reconciliation.

Reconciliation unites, heals, and makes our relationships better than they were before. But without truth, reconciliation is not possible. 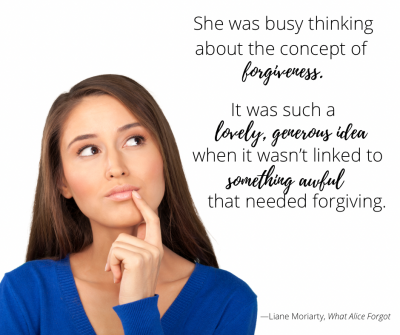 There’s a reason that Jesus told us to be careful with our pearls. If we cast them before destructive and unrepentant people, they will “trample them under their feet, and turn and tear [us]… in pieces.” [1]

If someone who is willfully abusive and destructive is unwilling to repent (i.e., admit the truth about their wrongdoing and turn away from it), then offering the jewel of reconciliation to that person, without their repentance, only serves to enable the sin and destruction to grow and expand to afflict other people. Such destructiveness can become unsurvivable. We are not called to lay down our lives on the altar of someone else’s sin. We are called to be living sacrifices to God alone. 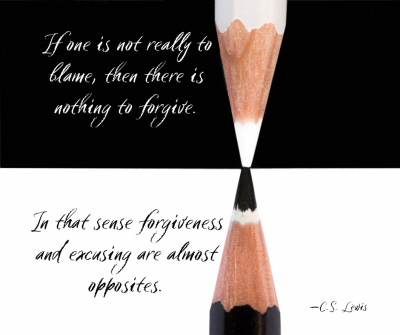 So what can we do? Are we at the mercy of those who have hardened their hearts to us and opened themselves to sin?

Though reconciliation requires both people in a relationship to be willing, forgiveness is different. We can forgive even without an apology.

That doesn’t mean that we make excuses or let the other person off the hook. Forgiveness doesn’t let anyone off the hook but ourselves. Without it, bitterness irrevocably ties us to the person who has wronged us. But with it, we can experience unparalleled joy, freedom, healing, and peace. 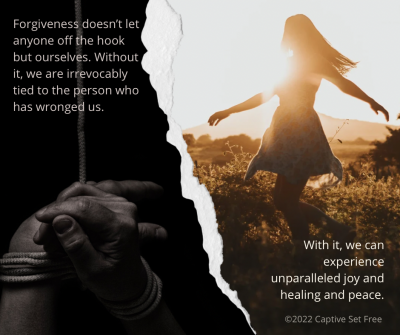 Forgiveness doesn’t whitewash sin. It admits that sin is hideous and destructive. What was done was wrong, and we bow our heads and mourn for what has been lost. Without properly recognizing sin and wrongdoing for what they are, we cannot experience redemption. [2]

Jesus did the same thing. He first had to acknowledge our sin for what it was before paying the ultimate price and dying on the cross to forgive us and transform us into whole and healthy people. We were made in His image, and if we want to be emotionally healthy, we cannot afford to bypass this step. As Christians, we have pledged to emulate Jesus—to follow Him wherever He leads us.

The Bible tells us God initiated the process of forgiveness while we were still His enemies. We offered Him no apology beforehand. This demonstrates that forgiveness can be one-sided. It doesn’t require the offender to experience remorse, offer repentance, or make amends. The person who has suffered has the unilateral choice of whether to forgive. It’s up to the recipient to decide whether to accept the forgiveness and move on towards a healthy, healed relationship. 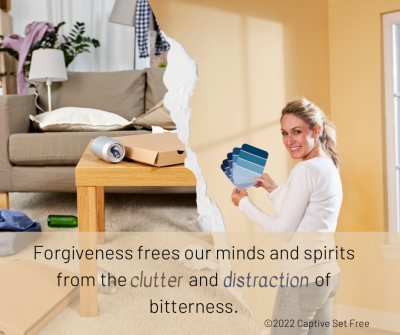 In his book Why Forgive? J.C. Arnold recounts the story of Bill Chadwick, whose son was killed by a drunken driver. Bill embarked on an arduous emotional journey.

“I had to be willing to forgive without the score being even,” Chadwick said. “This process of forgiveness did not really involve the driver—it involved me. I had to change, no matter what he did.” [3]

Though people can’t receive forgiveness without first repenting, we can choose to forgive them even if they’re remorseless. Forgiveness may be free, but it demands payment beyond money. It requires a sacrifice to extend it and a sacrifice—of our own pride—to receive it. 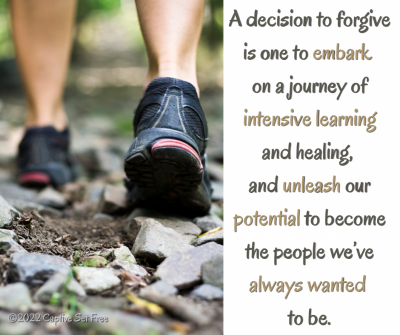 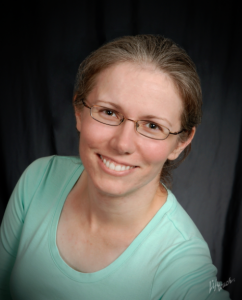 Valerie Limmer is a missionary in Japan. She is neither a therapist nor a theologian, but she has experienced severe abuse from a handful of people. In Captive Set Free, she shares the principles and techniques she’s learned in her own life on her journeys towards forgiveness.

Connect with Valerie by visiting valerielimmer.com to follow her on social media or subscribe to email newsletter updates. 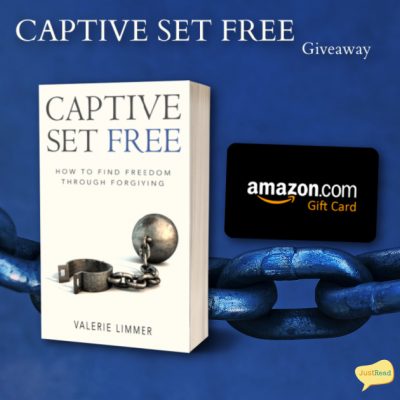 (1) winner will receive a copy of Captive Set Free and a $25 Amazon gift card!

Full tour schedule linked below. The giveaway begins at midnight January 9, 2023 and will last through 11:59 PM EST on January 16, 2023. Winner will be notified within 2 weeks of close of the giveaway and given 48 hours to respond or risk forfeiture of prize. US/CAN only. Void where prohibited by law or logistics.

What about you? What makes you want to read Captive Set Free by Valerie Limmer? What’s the most difficult part of forgiveness for you?