Introducing Poppy Denby, a young journalist in London during the Roaring Twenties, investigating crime in the highest social circles! In 1920, twenty-two year old Poppy Denby moves from Northumberland to live with her paraplegic aunt in London. Aunt Dot, a suffragette who was injured in battles with the police in […] 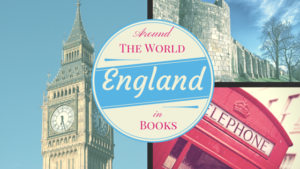 Hello ladies and lords! After this week’s Top Ten Tuesday post on Books Set Outside the U.S. – in which I purposely left out England too – a couple of my dear reading friends still bemoaned England’s absence.  I am nothing if not accommodating, but it really needed its […]