Matthew Tucker survives a grizzly attack by jumping over a cliff into a rushing river. Unexpectedly, Shannon Wilde takes the plunge with him. Going through a series of waterfalls and rapids turns into a bonding experience. By the time they battle their way back to civilization, Shannon has been thoroughly […]

I can’t wait to read this 1st book in The Girl Next Door series by Amy Leigh Simpson!! Amazon – $1.99 Sadie Carson is an expert on unfinished business. Five years after the derailment of her dreams she’s just barely existing, using her job as a hospice nurse to give others […]

One accidental kiss from Lawry Hampton. That was all it took to throw Meredyth Summercourt’s world upside-down. Determined to marry the ever-elusive Vance Everstone, she simply doesn’t have the time or the desire to fall for her best friend. But with Vance out of the country, and with Lawry at […]

Though once a baron’s daughter, Lady Merry Ellison is willing to go to any lengths to protect the orphaned children of her former village. Dubbed “The Ghosts of Farthingale Forest,” her band of followers soon become enemies of the throne when they hijack ill-gotten gold meant for the king. Timothy […]

My Book Cave – Free & Discounted Ebooks Movie-like Book Ratings for Books? Have you ever started reading a book, only to be shocked at the content? Or have you ever read a book that bored you to tears with its lack of heat or action? Well, someone has finally […]

*Top Ten Tuesday is a weekly blog link-up hosted by The Broke and the Bookish* Welcome to a Halloween-themed freebie week here on Top Ten Tuesday.  Now, I need to preface this post by saying that I’m so not into creepy or gory or vampires.  So if you’re looking for […]

Get your one-click finger ready (do some calisthenics or something) because I’ve got some great deals for you today! As always, prices are subject to change without notice. I am not responsible since they don’t consult me lol. Please double check the price before you one-click.  🙂 Amateur Sleuth/Mystery & […]

Thirteen years ago, Lisbeth made an impossible decision—leave third-century Carthage and her husband Cyprian behind for good. She knew it was to protect her daughter Maggie, so Lisbeth gathered the strength to move on with her life. All these years, Lisbeth has thrown herself into her work and raising her […] 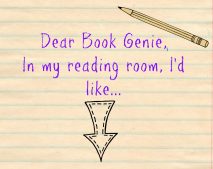 *Top Ten Tuesday is a weekly blog linkup hosted by The Broke and The Bookish* Today’s theme is “wishes for the book genie” and suggestions ranged anywhere from a new book by a favorite author to a reading superpower.   Since reading is my superpower, I really can’t ask for more […]

The Steadfast Love Series is set in 16th-century Europe, where the Reformation rages between Protestants and Catholics, and chronicles the journey of two wounded hearts on the path toward restoration. Gwyneth, a half-Dutch Catholic, flees from England to Holland to escape the man she believes murdered her parents. When he follows […]

On tour with Prism Book Tours. Grand Finale for If Not for a Bee By Carol Ross Did you miss any of the posts or fabulous reviews from this tour? If you did, go back and check them all out now! Launch – Interview What do you hope readers take […]

District Attorney Mitchell Sanderson wanted for nothing and lost everything in a tragic accident. A dogged worker, Mitch’s conviction rate earned him respect and trust. Now up for re-election, Mitch’s law-and-order persona makes him a shoo-in candidate. But when faith, conscience and love of a troubled refugee ripple the smooth […]

It’s time to party!! We are having a Cover Release Party for Pepper D. Basham’s second historical romance, The Thorn Keeper, set to release in February 2016. Pepper’s debut novel, The Thorn Bearer, arrived in May 2015 and has been met with fantastic reviews. A few notes of praise for […]

Parents often experience a “freak out” moment when they realize their children’s view of God will primarily come from what they learn at home. Most parents spend more time helping their kids succeed at academics or athletics than infusing shared spiritual experiences into the rhythm of everyday family life. While […]

Rachael said it better than I could 🙂 Be here tomorrow – 10:30am sharp! (Eastern time) – for the exciting cover reveal of The Thorn Keeper!! 😀   While you’re waiting, check out my review of the first book in Pepper Basham’s Penned In Time series The Thorn Bearer, one […] 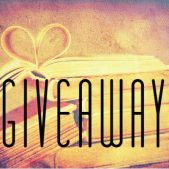 Yesterday we talked about freebies & deals around the web. Today we’re looking at all the giveaways going on! (I’m not sponsoring any of these giveaways so make sure you click on the images for the entry details.) 1 of 5 paperback copies – Rafflecopter link 1 of 5 paperback […]

Overcoming these odds will take more than a miracle drug—it will take a miracle. The infection wasn’t supposed to happen, but it did. The treatment was supposed to take care of it, but it didn’t. Then Dr. Josh Pearson discovers why. The two patients – David Madison, the former President […]

What once was blazing hatred has turned to lasting love, but could the union of a wild heart with that of a lady ever result in more than heartache? With the help of an old friend with uncertain loyalties, Dirk inches ever closer to clearing his name. Gwyneth throws her […]